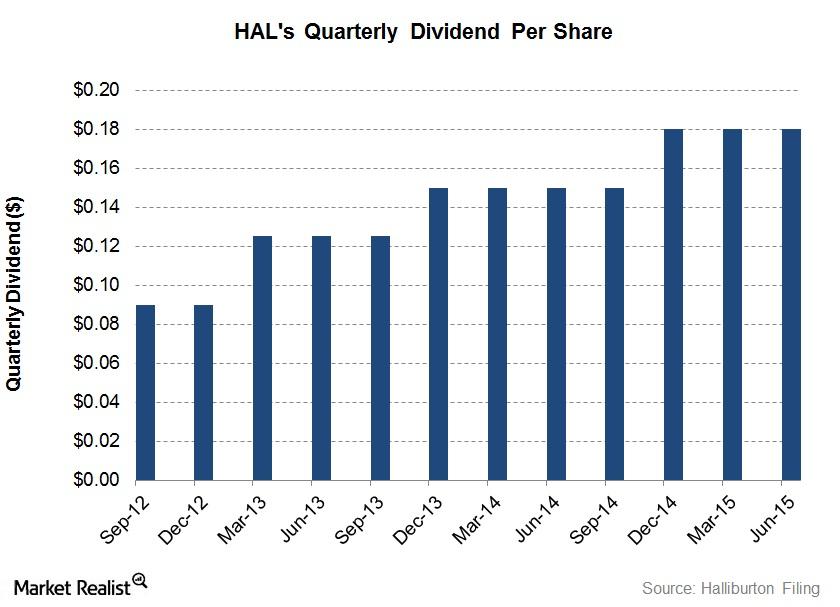 Halliburton recently received initial bids relating to its proposed asset divestiture. In April, Halliburton announced that it would sell its Fixed Cutter and Roller Cone Drill Bits and Directional Drilling and Logging-While-Drilling (or LWD)/Measurement-While-Drilling (or MWD) businesses. The final sale of these assets depends on Baker Hughes’s merger with Halliburton. The US Department of Justice (the DOJ) is conducting its anti-trust review on HAL regarding the merger. BHI has also complied with the DOJ’s second request concerning the merger. The review period has extended until at least November 25, 2015.