Targa Resources’ (NGLS) leverage ratio for the first quarter of 2015 was 3.5x. The company targets a leverage ratio in the range of 3x–4x. The leverage is calculated as a ratio of debt to EBITDA (earnings before interest, tax, depreciation, and amortization). Higher leverage indicates greater risk. 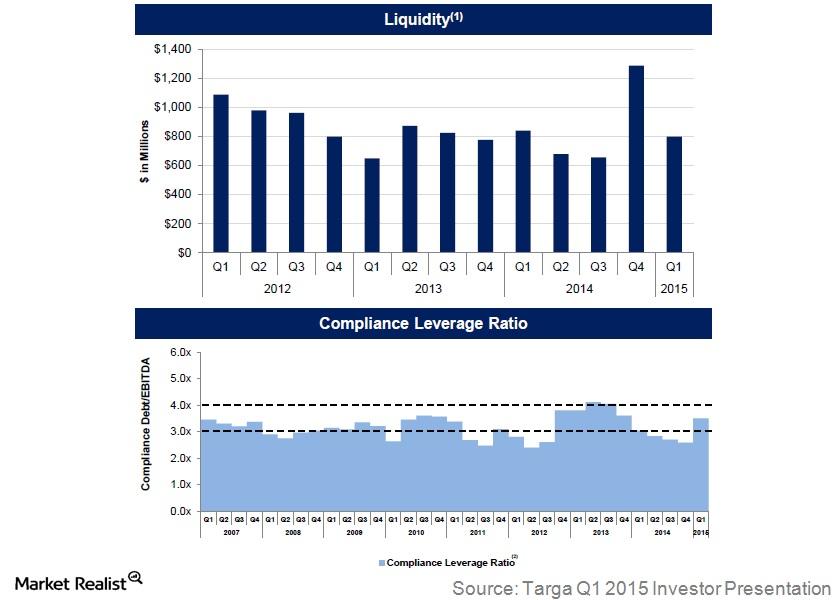 NGLS had ~$800 million of liquidity at the end of the first quarter of 2015. The partnership had a credit facility commitment of $1.6 billion at the end of 1Q15. Of this, it had funded borrowings of $840 million and letters of credit worth $25 million, leaving a total revolver availability of $735 million. The company had $63 million in cash at the end of 1Q15.

Year-to-date through April 2015, Targa received $200 million from equity issuances. This included $153 million of equity issuances under the ATM (at-the-market) program, as well as contributions from Targa Resources Corp. (TRGP). ATM is a follow-on stock offering used by companies to generate cash on an as-needed basis.