A look back at the Federal Reserve’s past tightening cycles helps shed light on the possible impact of the upcoming interest rate hike on US stocks.

The Fed is on course for raising interest rates. True, that leaves the question of when (most likely in September, but could be later) and how much (it should be a measured affair), but a big focus for investors now is: what will be the impact on equities? 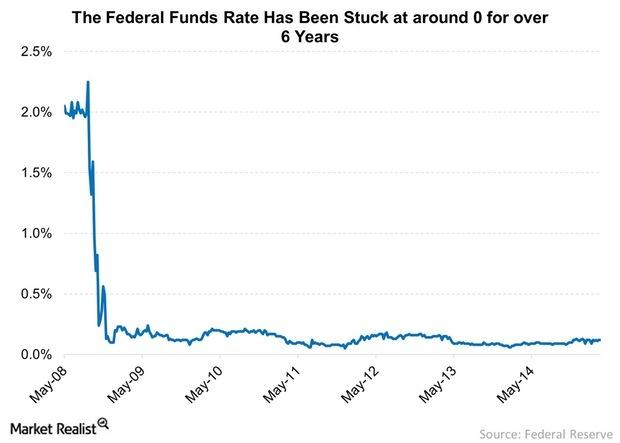 Market Realist – A rate hike might affect your investments in Treasuries and gold.

The short end of the yield curve (SHY) will be adversely affected by the rate hike. Remember, the federal funds rate is a short-term interest rate. As a result, it directly impacts the shorter-tenured bonds.

This would mean higher interest rates with low inflation. In other words, a higher real interest rate would make gold (GLD) (IAU) an unattractive investment.

We’ll discuss the implications of higher interest rates on stocks in the rest of the series.