On June 8, 2015, the EIA (U.S. Energy Information Administration) released its latest “Drilling Productivity Report.” The EIA estimates that Permian Basin crude oil production amounted to ~2.05 MMbpd (million barrels per day) in May. This is 0.5% higher than April’s production total and a 29% increase over production in May 2014. 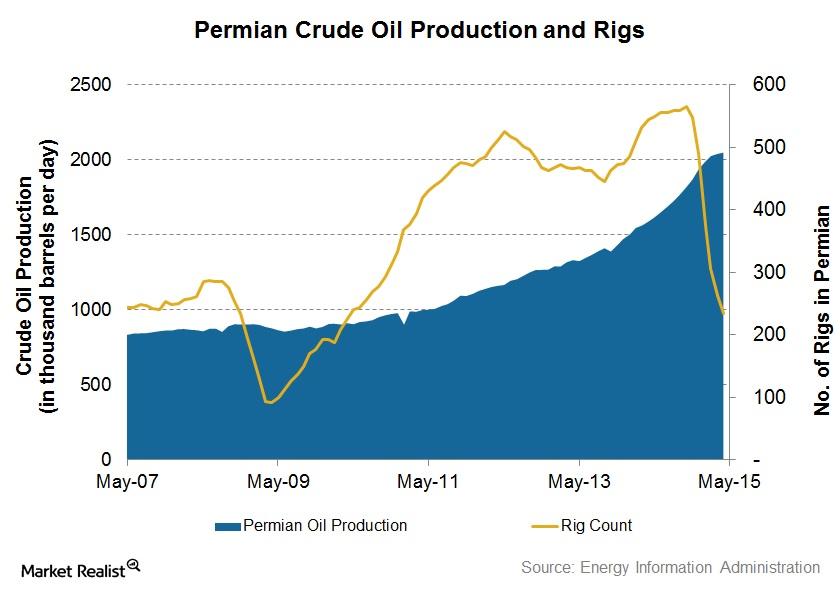 In May, the Permian Basin produced 260 bpd (barrels per day) per rig, a 27% gain in production per rig since May 2014. The horizontal drilling and hydraulic fracturing process has unlocked huge oil reserves in the Permian Basin. The most productive Permian formations are the Spraberry, Wolfcamp, and Bone Spring formations.

What this means for Permian producers

Rigs in the Permian Basin

The Bakken is one of the most prolific crude oil shales in the United States. Read the following part of this series to find out why.