If you wish to invest in corporate investment-grade bonds, exchange-traded funds such as the iShares iBoxx $ Investment Grade Corporate Bond ETF (LQD) allow you to do that. This ETF invests in the investment-grade corporate bonds of companies including Goldman Sachs (GS), General Electric (GE), and Medtronic (MDT). Meanwhile, the iShares 7-10 Year Treasury Bond ETF (IEF) invests exclusively in Treasuries. 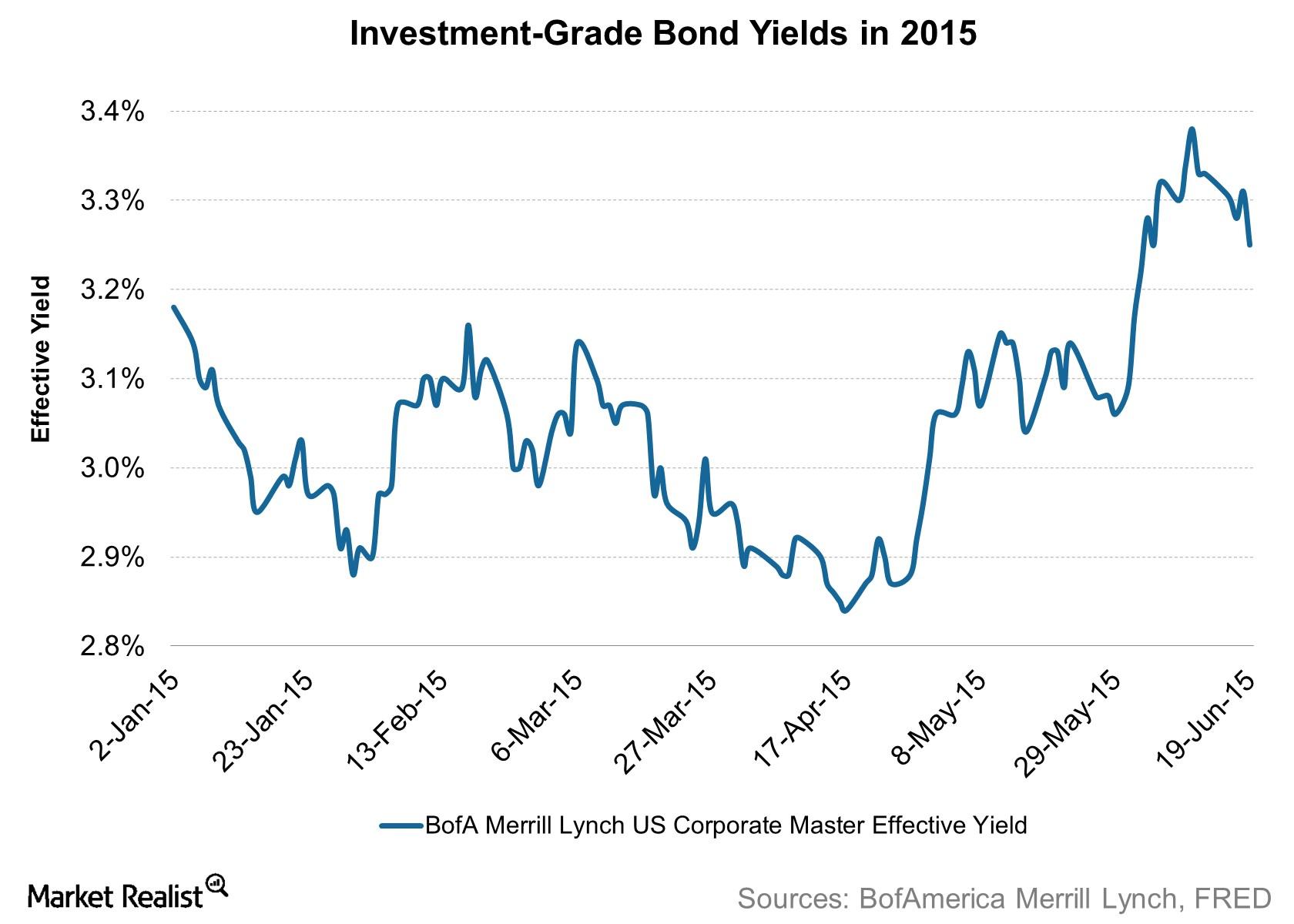 Most of 2015 to date has seen yields on investment-grade bonds fall from 2014 levels. These bonds were in global demand due to the higher yield they were providing, compared to the yields provided by similarly rated instruments from other developed nations. Yields on investment-grade corporate bonds, according to the BofA Merrill Lynch US Corporate Master Effective Yield, fell to a low of 2.84% by mid-April. These low levels led US corporates and financials, apart from Yankee issuers, to throng the primary market in the US.

By the end of April, yields showed a rising trend, though levels remained lower than they’d been in 2014. But June broke the low-level trend in yields, which rose to as high as 3.38% on June 10. This was the highest level in 2015 year-to-date, and it was the highest level since October 1, 2013.

Last week, yields ended below the 3.3% mark as the deadlock in negotiations between Greece and its creditors led to greater demand for these comparatively safer securities.

The BofA Merrill Lynch OAS (Option-Adjusted Spread) measures the average difference in yields between investment-grade bonds and Treasuries. Securities selected for calculating this spread are the ones rated BBB- or higher on the rating scale of Standard & Poor’s.