Pioneer Natural Resources (PXD), an independent US crude oil and natural gas producer, witnessed a moderate decline in its proved reserves over the past three years. According to the latest data available, its total reserves decreased 5% to 799 million barrels of oil equivalent (or MMBoe) in 2014, from 845 MMBoe in 2013. Reserves in 2013 fell 22% from the previous year. 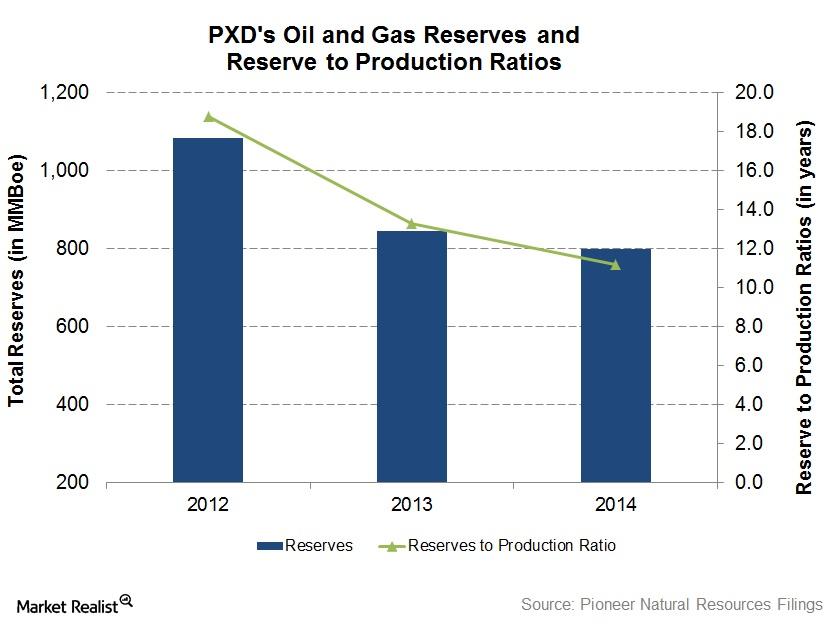 What led to Pioneer Natural Resources’ decline in reserves?

Next in the series is Marathon Oil’s (MRO) production trend.