Platts and Bloomberg surveys showed that the oil stockpile could fall by 1.6 MMbbls and 1.5 MMbbls, respectively, for the week ending June 5, 2015. On June 9, 2015, API (American Petroleum Institute) data showed that the oil stockpile fell by 6.7 MMbbls for the week ending June 5, 2015. The worse-than-expected decline supported crude oil prices. WTI (West Texas Intermediate) rose by 3.30% week-to-date on the consensus of the declining stockpile. The current stockpile is 21% more than the levels last year. This means that oil prices could experience downward pressure. 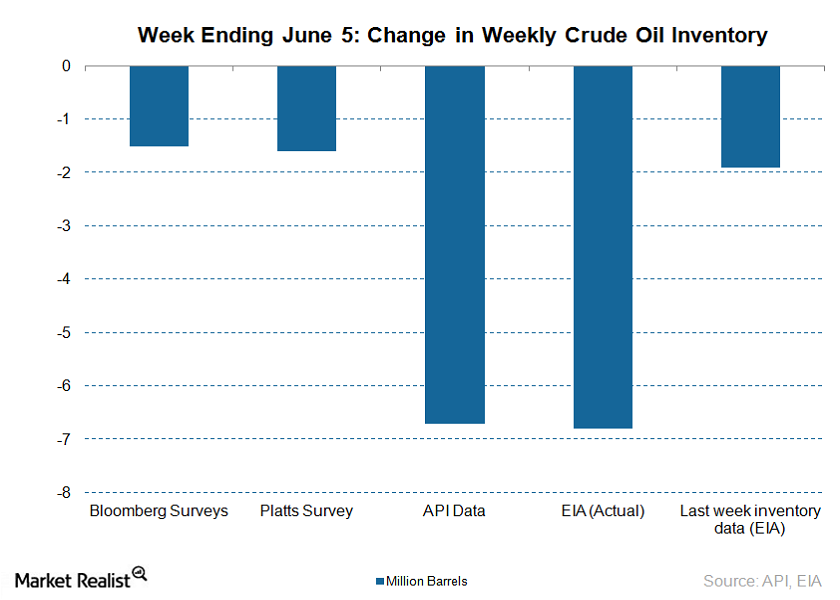 The decline in crude oil imports also supported the inventory decline. US oil imports dropped by 750,000 bpd to 6.6 MMbpd in the week ending June 5, 2015. Monthly oil imports averaged around 7 MMbpd—2.3% lower than the levels in 2014.