Walter Energy, Inc. (WLT) produced 2.0 million tons of met coal through its American mines in 1Q15. The production was lower than 2.1 million tons in 1Q14 since the company curtailed production from its Alabama mines due to difficult mining conditions.

The company sold 1.97 million tons of coal in 1Q15 compared to 2.01 million tons in 1Q14, a 2.1% drop. The drop can be blamed on oversupply in the industry amid a weak-demand environment. 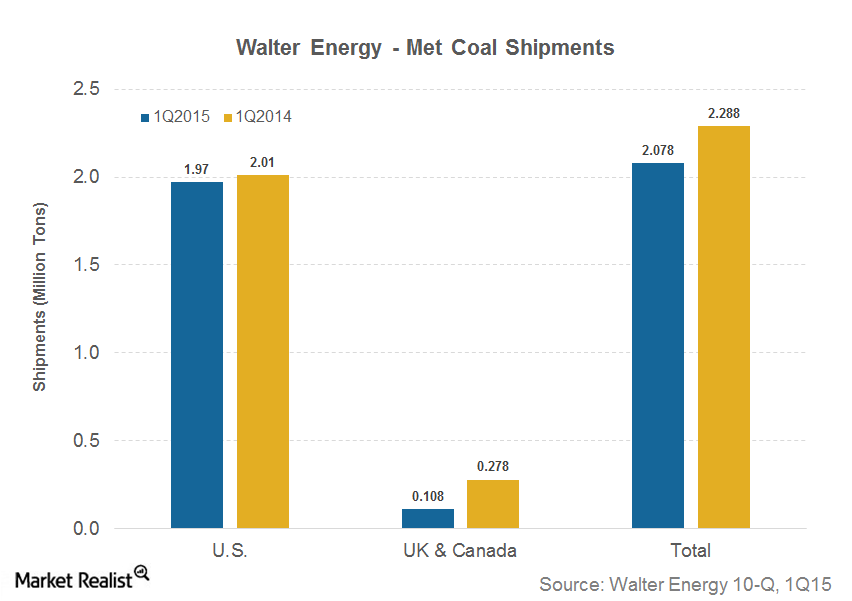 Due to a continued glut in the met coal market amid the slowdown in China, benchmark met coal prices are still under pressure. The benchmark price for Australian met coal has fallen to $117 per ton in 1Q15, a multi-year low. Met coal producers (KOL), including WLT, Arch Coal (ACI), Alpha Natural Resources (ANR), and Peabody Energy (BTU), have taken a hit because of the low prices.