As we saw in the previous part, WTI (West Texas Intermediate) oil futures gained 0.05% last week. While retail investors don’t have easy access to the futures market, they can benefit from access to safer, low-cost avenues to bet on WTI crude prices.

The second avenue is ETFs such as the SPDR S&P Oil & Gas Exploration & Production ETF (XOP). It holds many American energy companies that have exposure to oil prices due to their upstream oil production operations. Because of their indirect exposure to volatile oil prices, ETFs like XOP are a safer, more diversified option for more conservative investors. XOP lost  just ~0.78% last week. 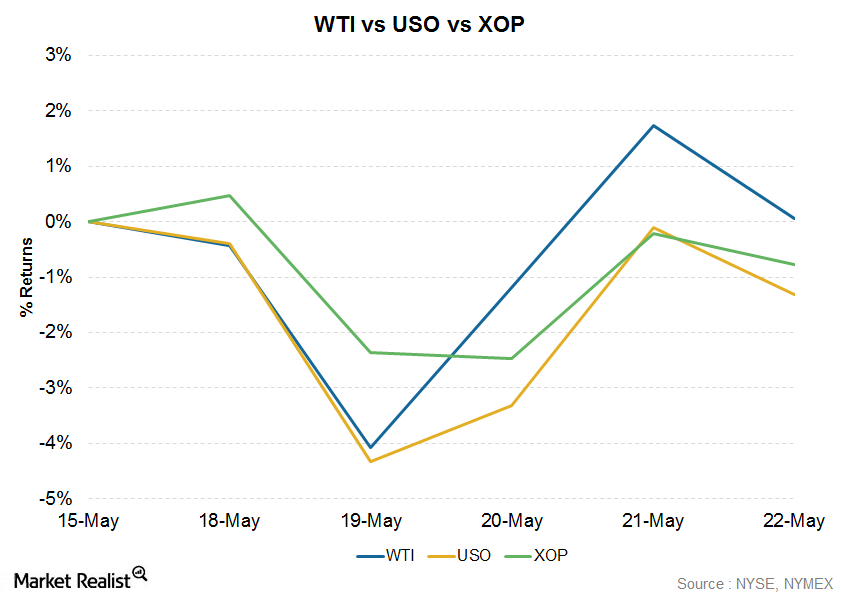 As you can see in the above graph, USO underperformed WTI oil toward the latter part of the week. At the beginning of the week, both WTI and USO gave similar returns. USO also unperformed the XOP.

XOP, like USO, underperformed oil prices toward the end of last week. The above graph notes that XOP’s performance was higher than both oil prices in the initial part of the week and above USO for nearly the entire week.

In the next part of this series, we’ll take a look at trends in the WTI-Brent spread.