In the first quarter alone, Yum! Brands (YUM) added 145 net units. Growing units is another important revenue growth driver. Restaurants that grow quickly—especially in markets that don’t have a widespread presence of Yum! Brands—can reap a “first-mover” advantage. For example, KFC (Kentucky Fried Chicken) was the most powerful foreign brand in China in 2013, according to Millward Brown. 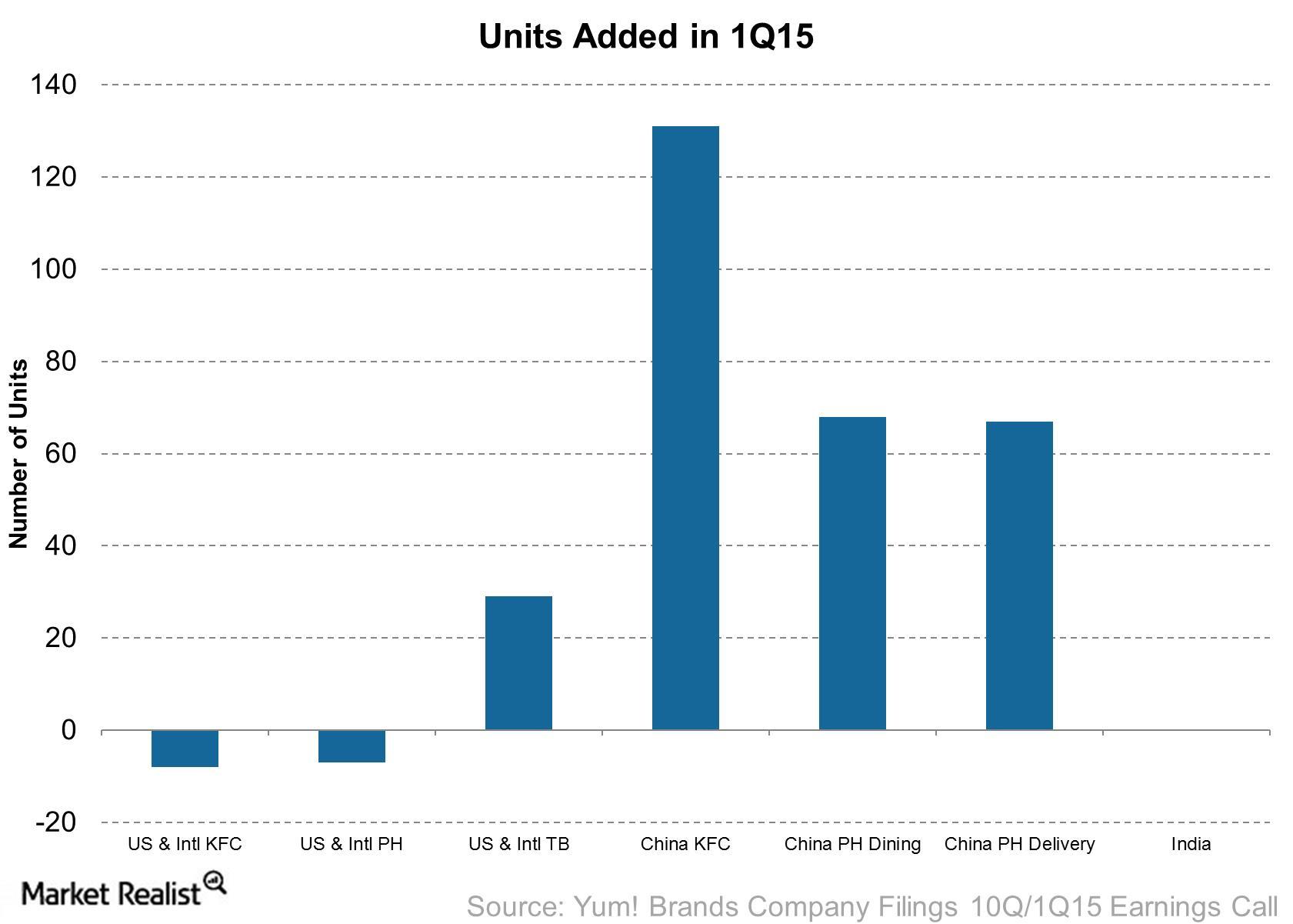 In the first quarter, Yum! Brands opened 131 net new KFC units in China. The company is still aggressively growing KFC in this division along with 135 net Pizza Hut units with 68 Pizza Hut dining locations and 67 Pizza Hut delivery points in China. In the US and the International division, the company added 29 net Taco Bell units and closed eight KFC and seven Pizza Hut units during the quarter. In the India division, the company’s unit count didn’t change.

Pizza Hut faces competition from big brands like Domino’s Pizza (DPZ), Papa John’s (PZZA), and other local pizza shops in the US. The Consumer Discretionary Sector ETF (XLY) holds 10% of restaurant stocks—including some of the restaurants listed previously.

Yum! Brands maintained that it will open 700 restaurants overall in 2015—compared to 900 in 2014. In the next part of this series, we’ll discuss management’s initiative and guidance during the quarter.