US trade deficit falls in February

The trade balance is reported monthly by the US Bureau of Economic Analysis (or BEA). BEA reported the trade balance for February on April 2. The overall US trade deficit in goods and services was $35.4 billion in February, compared with revised $42.7 billion for January. February exports were $186.2 billion, $3.0 billion less than January exports. February imports were $221.7 billion, $10.2 billion less than January imports. 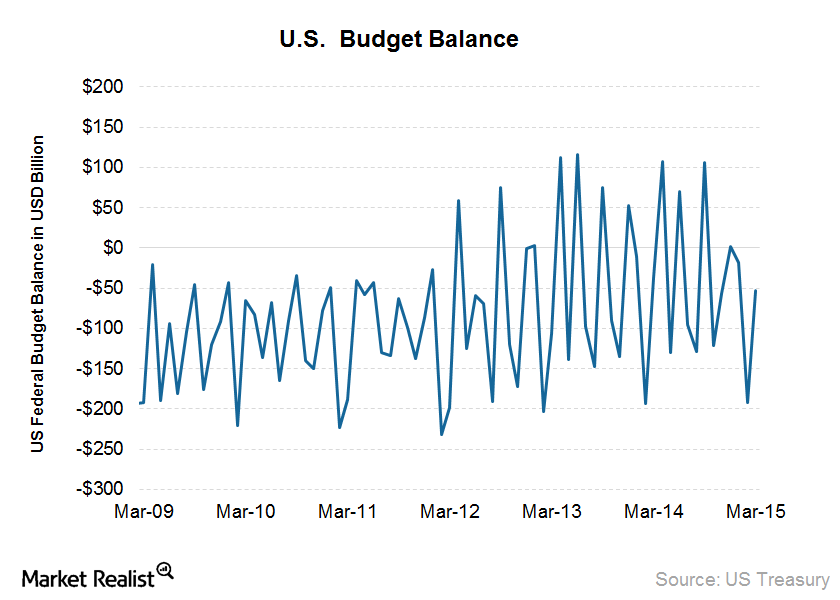 The balance of trade

The relative value of the US Dollar Index compared to other currencies is affected by changes in the balance of trade. A trade deficit means foreign goods are in demand, which increases the demand for foreign currency, causing outflows of the dollar to increase. Over a long period, this leads to devaluation of the dollar.

An expanding trade deficit leads to more pressure on the dollar. A shrinking trade deficit is usually negative in the long term for gold prices and ETFs such as the SPDR Gold Shares ETF (GLD).

A shrinking trade deficit is also negative for gold stocks such as Goldcorp (GG), Barrick Gold (ABX), Harmony Gold Mining (HMY), and Kinross Gold (KGC). It’s also negative for ETFs that invest in these stocks, such as the VanEck Vectors Gold Miners ETF (GDX). GG, ABX, and NEM are its top holdings, making up 20.0% of its total assets.