Similarly, IEA (International Energy Agency) sources reported that OPEC produced 31.09 MMbpd. This was an increase of 890,000 bpd yesterday. OPEC operates as a cartel. In this situation, OPEC could balance the slowing US production if demand improves. 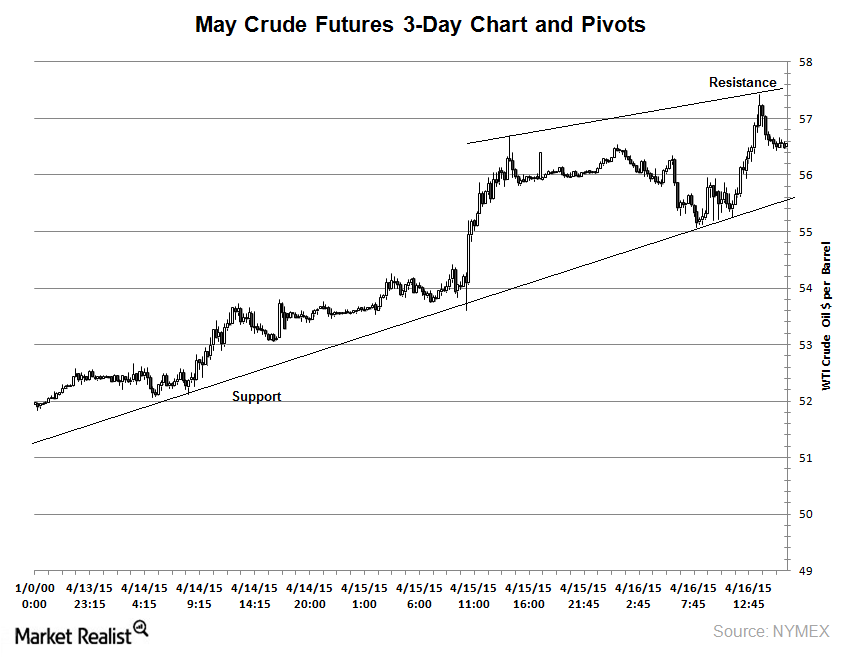 Refineries returning from annual maintenance in May 2015 could boost the demand for crude oil. The US and Middle East refineries undergo repair and maintenance from February to late April. Industry estimates suggest that as these refineries become operational they could add a processing capacity of 1.5 MMbbls of crude oil by the end of 2Q15.

A possible increase in demand from Chinese refineries and slowing US production will test crude prices to the next resistance of $58 per barrel. Prices hit this mark in November and December 2014. Surging production from OPEC and the strong dollar will likely put pressure on oil prices. Crude oil sees important support at $52 per barrel. Oil prices hit these levels on April 13 and 14. Bloomberg estimates suggest that crude oil prices will fall in the next week.