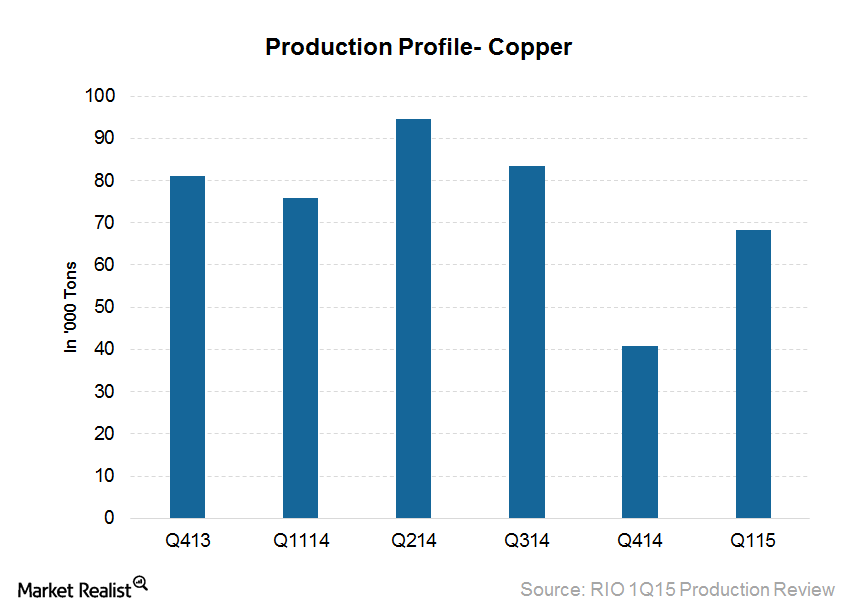 Teck Resources (TCK) reported its first quarter results on April 21. Southern Copper (SCCO) is expected to report in late April. FCX forms 3.8% of the SPDR Metals and Mining ETF (XME), which invests in the diversified metals and mining companies.