The ISM (Institute for Supply Management) issues the monthly “Manufacturing ISM Report On Business.” This report indicates the level of manufacturing activity in the US.

In March, it fell for the fifth month in a row. The reading was the lowest since January 2014. 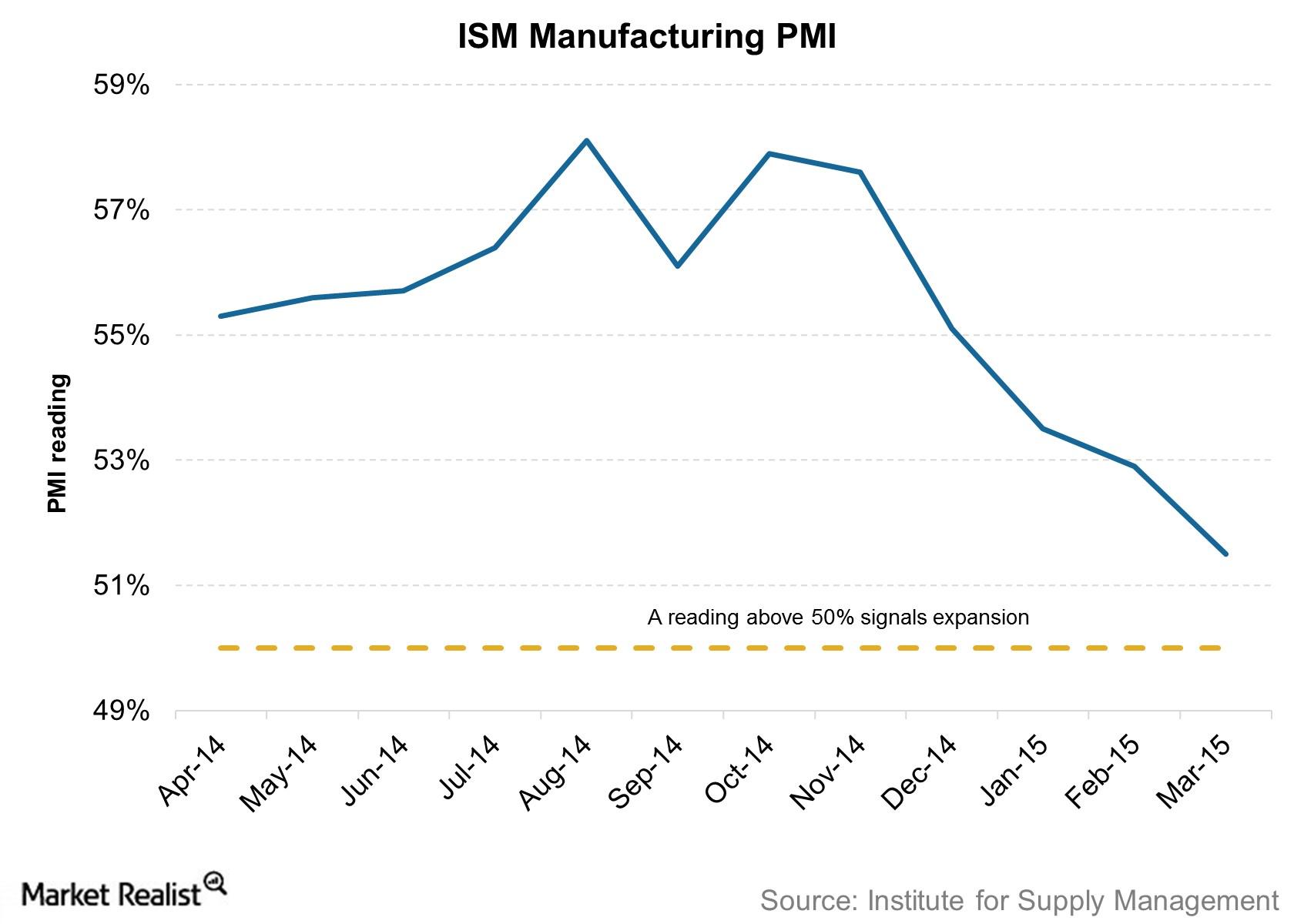 Also, according to the institute, a reading above 43.1% indicates an expanding economy over a period of time. As a result, the latest reading showed that the US economy gained for the 70th month in a row.

Out of the manufacturing PMI’s ten component indices, only the index for production was growing at a faster rate than the previous month. It increased from 53.7% to 53.8% month-over-month in March. The index for new export orders continued to contract at a faster rate. The index was down to 47.5% in March. It was 48.5% in February. US exports were hurt by a strong dollar. As a result, the products’ prices weren’t competitive in the international market.

Among component indices, the one that could hurt the most was the employment index. It fell to 50 in March. It was 51.4 in February. It confirms the loss of 1,000 jobs in the manufacturing sector—reported by ADP’s employment report.

Why is it important?

The PMI report is watched closely for its impact on the general economy. Although manufacturing hasn’t remained as large a part of economic growth as it used to be, it’s still a big influence. As a result, broad market equity ETFs—like the iShares S&P 500 Growth Index Fund (IVW) and the SPDR Dow Jones Industrial Average ETF (DIA)—closely watch the report.

Industrials ETFs—like SPDR Industrial Select Sector Fund (XLI) and the Vanguard Industrials Index Fund (VIS)—are directly affected by change in manufacturing activity. Both of these ETFs have General Electric (GE), Union Pacific (UNP), and 3M (MMM) as their top three holdings. They account for over 18% of the portfolio.