Run by Christian Leone and based in New York, Luxor Capital is a hedge fund with $3 billion in assets under management. The fund’s investment style is a long-term value-oriented approach and its portfolio has a balanced mix of both equity and fixed income securities. 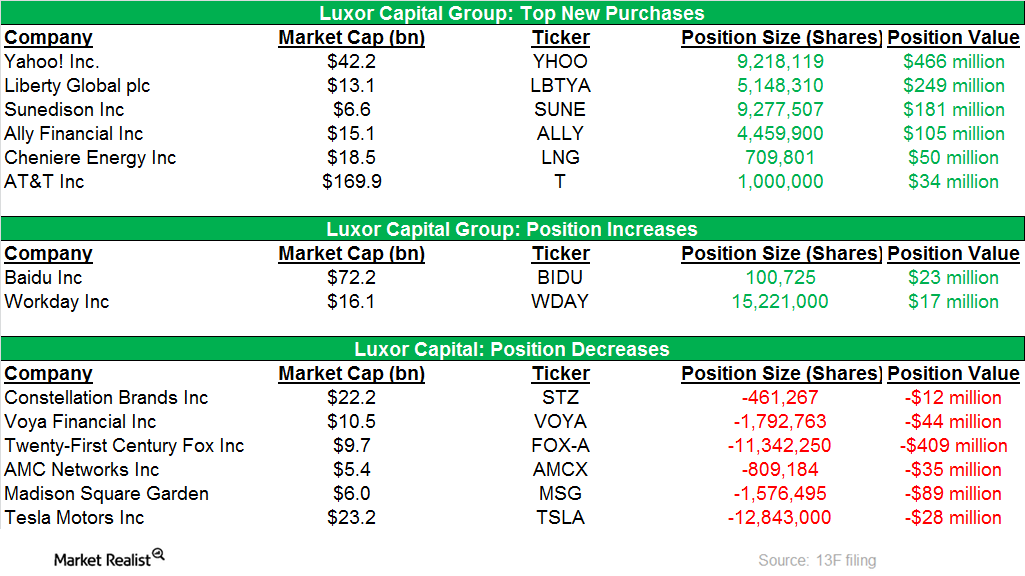 As noted in the table above, ~57% of the fund’s total portfolio value was centered in top ten positions. During 4Q14, the fund’s US long portfolio size decreased by almost 25% to $4.96 billion from $6.59 billion in 3Q14. In this series, we’ll take a look at some of Luxor Capital’s notable position changes.

Much of Luxor Capital’s portfolio decline was due to its decreased stake in the SPDR S&P 500 ETF (SPY). The fund reduced its position in SPY by ~8.98 million shares, which resulted in the dollar value of the position falling by ~$1.7 billion to $554.8 million.

In the next part of the series, we’ll take a look at Luxor Capital’s position change in Yahoo (YHOO).