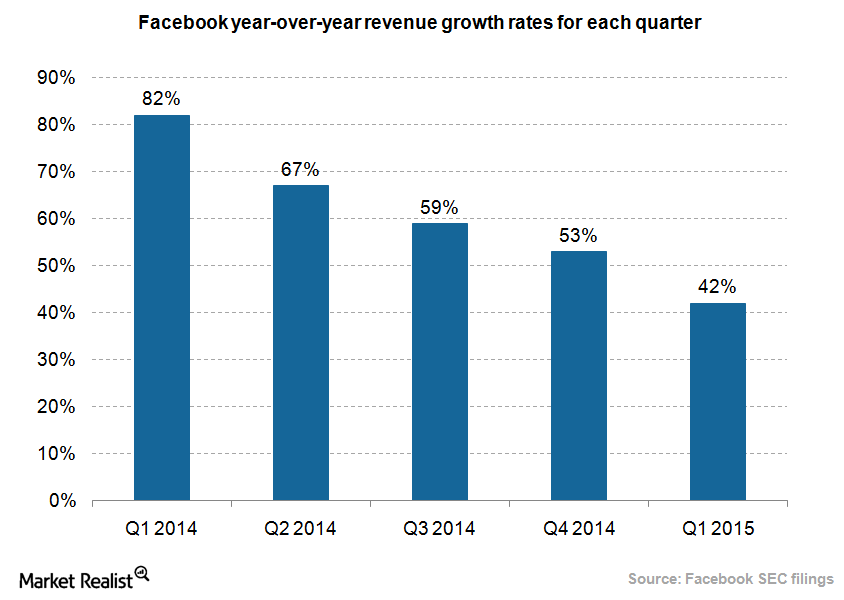 In 1Q15, Facebook managed to achieve YoY (year-over-year) revenue growth of 42%. As the above chart shows, Facebook’s YoY revenue growth declined over the last few quarters. However, this is expected as Facebook’s growing size will make YoY comparisons difficult.

Facebook saw strong growth in North America and the Asia-Pacific region, while the European (EFA) and Latin American regions were impacted by currency headwinds and macroeconomic situations.

This isn’t a surprise considering the kind of rapid strides that Facebook is making in the worldwide mobile Internet ad market. According to a report from eMarketer, it’s estimated that Facebook’s share of the mobile Internet ad market increased from ~5% in 2012 to ~22% in 2014. Meanwhile, it’s estimated that Google’s (GOOG) (GOOGL) share declined from ~53% to ~47% during the same time period. Twitter (TWTR) and Pandora (P) are still smaller players in this market.