Same-store or comparable store sales are a crucial metric for the retail sector (XRT). It indicates the change in sales of existing stores during a period. The metric excludes the impact of stores opened and closed during a certain period. The following are two key retail indices that measure same-store sales growth:

The Johnson Redbook Retail Sales Index is released by Redbook Research. It tracks retailers across these six categories: apparel specialty, department, discount, furniture, drug, and miscellaneous. The latest release for the fifth week of March, ended April 4, 2015, reported a 3.4% rise in same-store sales compared to the same week in the prior year. Also, same-store sales were up 1.3% in March compared to February. According to Redbook, US retail same-store sales growth in March was the result of an early Easter this year. 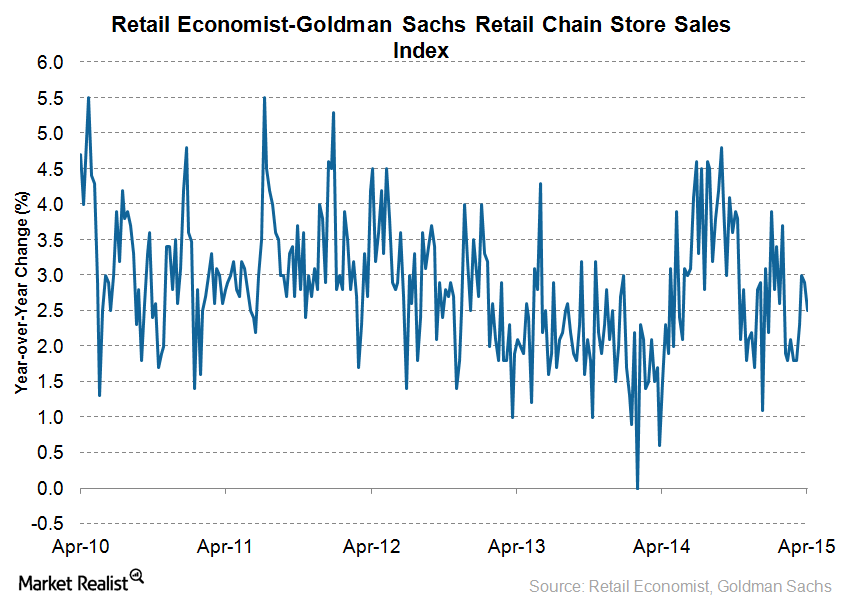 The rise in same-store sales in the latest week is a positive indicator for companies such as Macy’s (M), Walmart (WMT), Target (TGT), and Nordstrom (JWN). However, investors should take into account the influence of Easter shopping on the latest week’s same-store sales growth. IVV invests about 12.6% in the consumer discretionary sector, which includes department stores.

Retail sales are also influenced by the consumer credit levels in the economy. We’ll take a look at that in the next part of this series.