Most of Dunkin’ Brands’ (DNKN) units are franchised. The company had a total of 18,862 combined units, or points of distribution, as of fiscal year 2014. Dunkin’ Brands has more stores in its US market than in its international market. 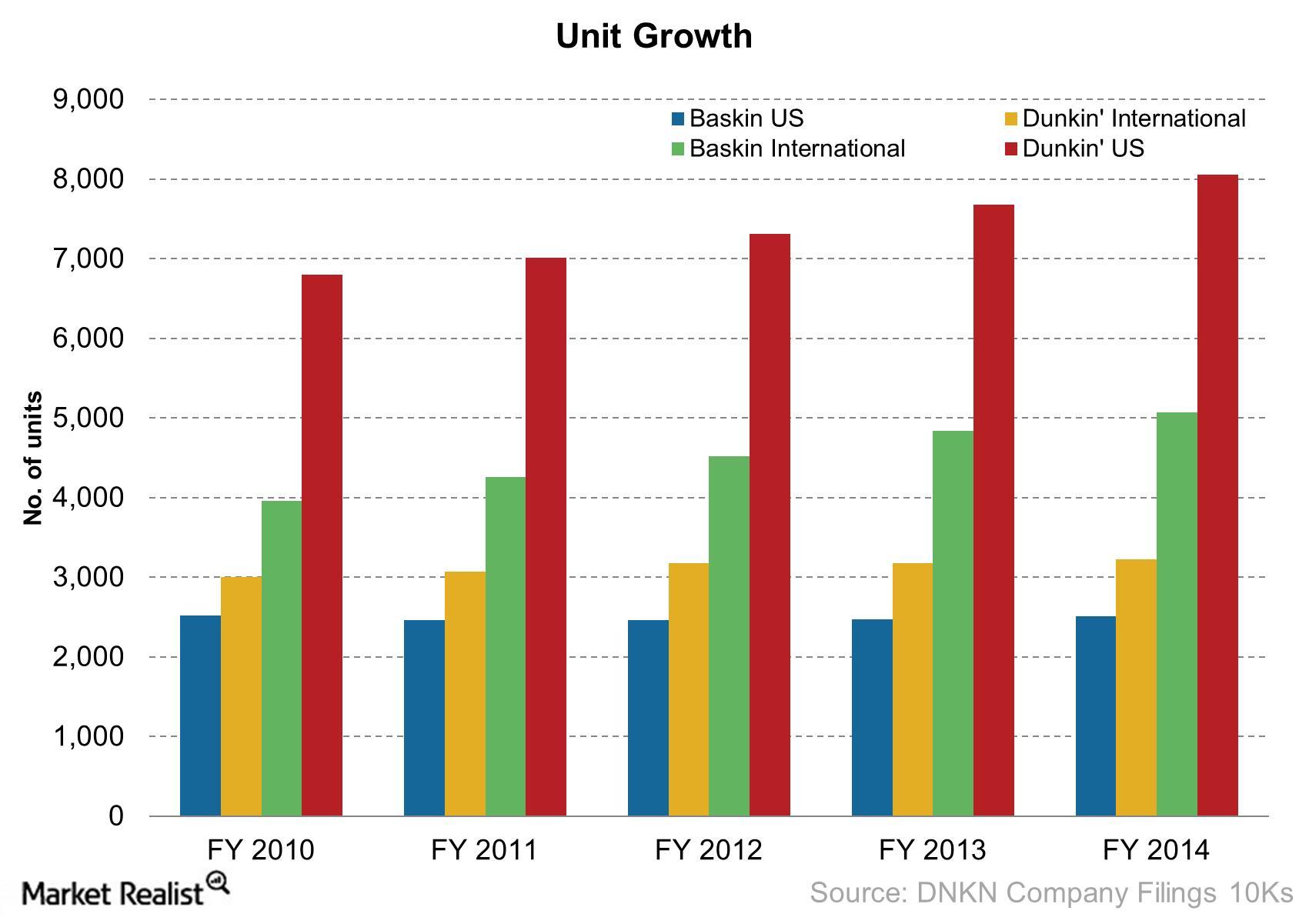 A restaurant earns revenue from its existing restaurants as well as from opening new restaurants. The two important drivers that drive revenue are same-store sales growth and unit growth.

How peers are growing units

Starbucks (SBUX) added 570 company-owned restaurants. Of this number, 254 were added in the United States. There were 1,029 franchise units, with 251 of them in the United States. McDonald’s (MCD), which is about 4% of the consumer discretionary ETF (XLY), added 829 restaurant units systemwide. For restaurants such as Chipotle Mexican Grill (CMG) and Shake Shack (SHAK), unit growth is a more important revenue driver than same-store sales.