Delta Air Lines (DAL) generated strong cash flows of ~$500 million in 1Q15, which is seasonally a weak quarter for DAL. The company expects to generate cash flows to the tune of $4–$5 billion after capital expenditures. DAL has been making efficient use of its cash flow to reduce debt and at the same time repay shareholders through dividends and share repurchases. 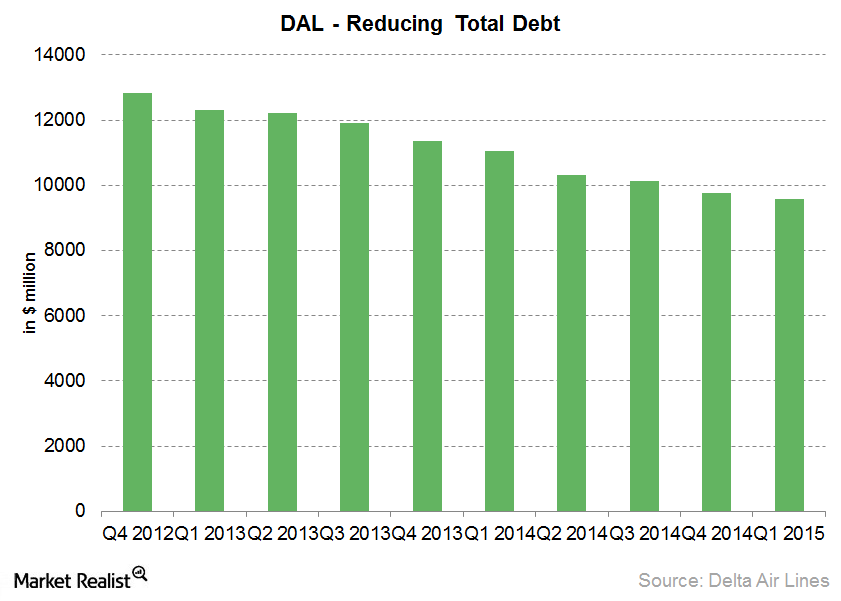 Improved cash flows and reduced expenses have given Delta the ability to pay higher dividends to shareholders. It has thus increased its dividend payout by 50% to $0.09 from 3Q14. This has increased dividend yield from 0.52% in 1Q14 to 0.73% in 1Q15.

In 2014, the DAL board of directors approved a new $2 billion share repurchase program to be completed before December 31, 2016. During the first quarter of 2015, Delta bought back shares worth $425 million and retired 9.3 million shares. This totals 30.6 million shares bought back at a total cost of $1.3 billion.

Investors who want to participate in growth of airline companies can do so through ETFs such as the iShares Transportation Average ETF (IYT) and the SPDR S&P Transportation ETF (XTN), which hold some of these airline stocks.