In its STEO (Short-Term Energy Outlook) April edition, the EIA (U.S. Energy Information Administration) reported that production growth estimates from non-OPEC (Organization of the Petroleum Exporting Countries) countries will decline in 2015—compared to 2014. The estimates show that production growth will also decline in 2016—compared to 2015. Non-OPEC countries aren’t part of OPEC. 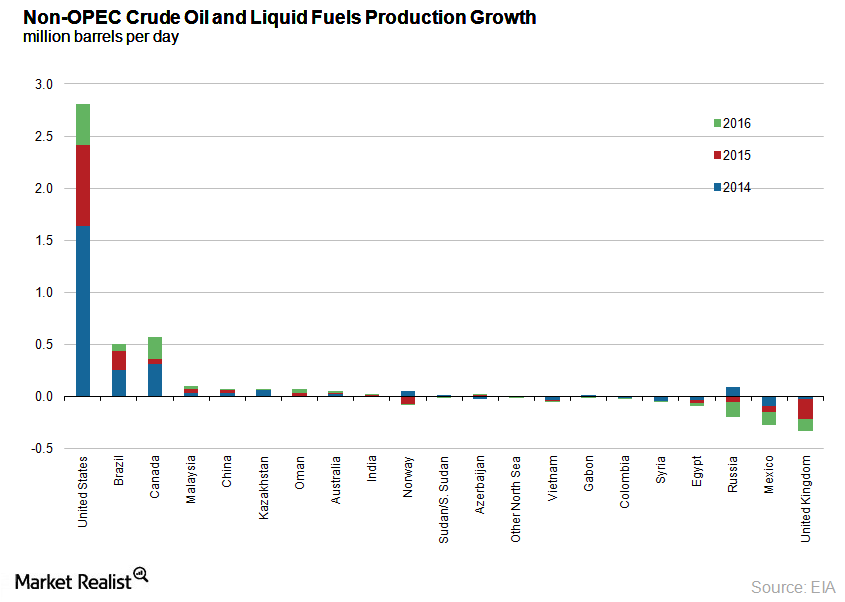 US production growth declines in 2015