The strengthening US dollar versus major currencies has been affecting companies with significant international exposure. PepsiCo (PEP), which derives ~49.0% of its revenue from international markets, expects currency fluctuations to have a significant impact on its 2015 results. According to the guidance that the company issued in February 2015, currency fluctuations should have a 7 percentage point negative impact on PepsiCo’s 2015 revenue. 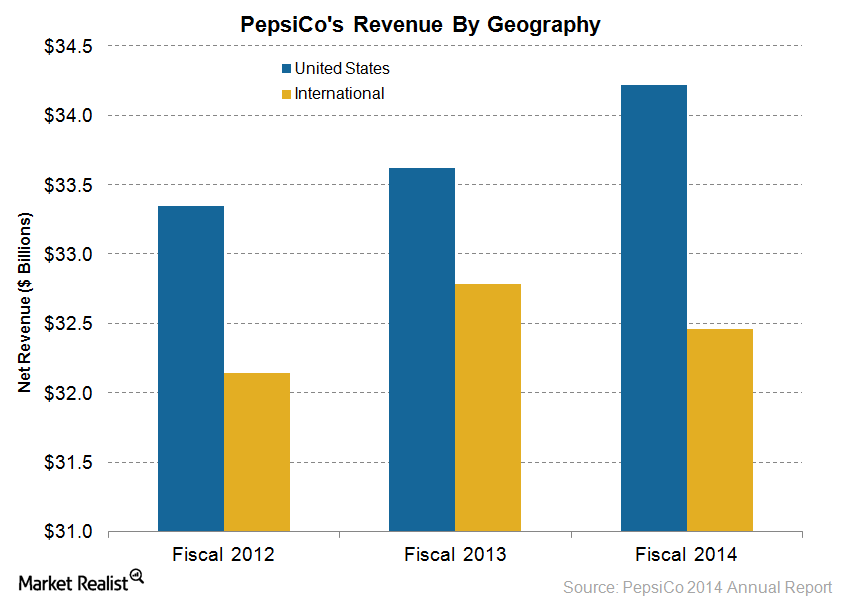 In fiscal 2014, PepsiCo’s international revenue declined by ~1.0% to $32.5 billion compared to last year. The net revenue growth of both the Latin America Foods and Europe segments reduced by 8 percentage points due to adverse foreign exchange. The macro factors in Eastern Europe and Russia had a major influence on the company. PepsiCo’s business in Russia generated ~7.0% of the company’s 2014 revenue. The net revenue growth of PepsiCo’s Asia, Middle East, and Africa segment reduced by 3 percentage points due to currency headwinds.