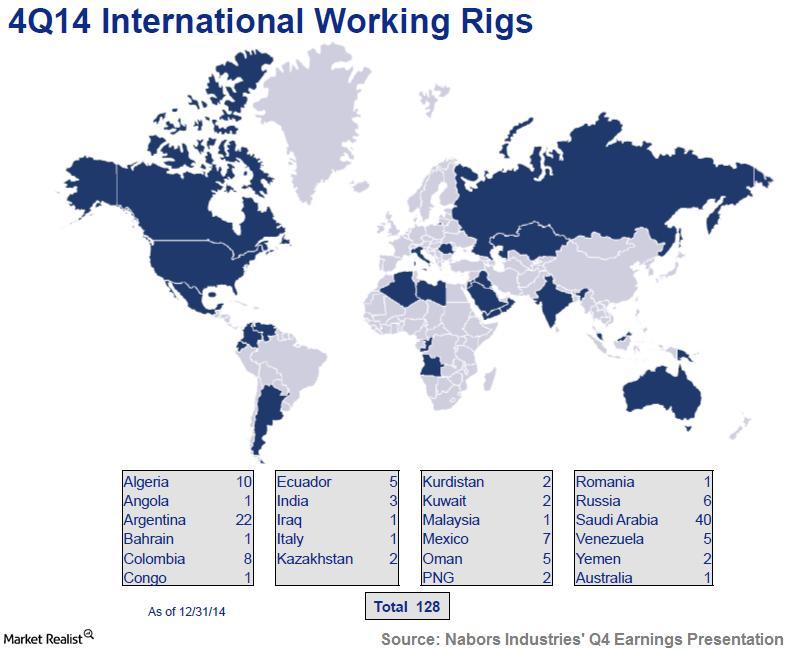 Nabors is bullish about its growth in its International segment. However, the impact of geopolitical disruptions on its business is also a worrying factor for the company. In the company’s Q4 earnings release, management noted, “The Company expects further improvement in International and Alaska drilling operations, more than offset by sharp decreases in the U.S. Lower 48 operations and smaller, but significant, decreases in the U.S. Offshore, Canada and Rig Services operations.”

Nabors completed its combination transaction, which was announced in June 2014, with C&J Energy Services last month. Under this transaction, Nabors’ completion and production services business in the US and Canada merged with C&J. The resulting new company is now called C&J Energy Services (CJES) and is one of the largest completion and production services providers in North America.

In addition, Nabors is one of the largest providers of hydraulic fracturing, cementing, nitrogen, and acid pressure pumping services with approximately 800,000 hydraulic horsepower currently in service. Nabors also manufactures top drives and drilling instrumentation systems. Nabors participates in most of the significant oil and gas markets in the world.

The next article in the series will discuss the fund’s exit from CommVault Systems.