One of the largest railroad systems

Berkshire purchased the remaining stake of 77.4% of BNSF in 2009 for $26 billion, making it the company’s biggest acquisition to date. BNSF competes with the Union Pacific railroad company (UNP) in the West, where it has an approximate market share of 49%. 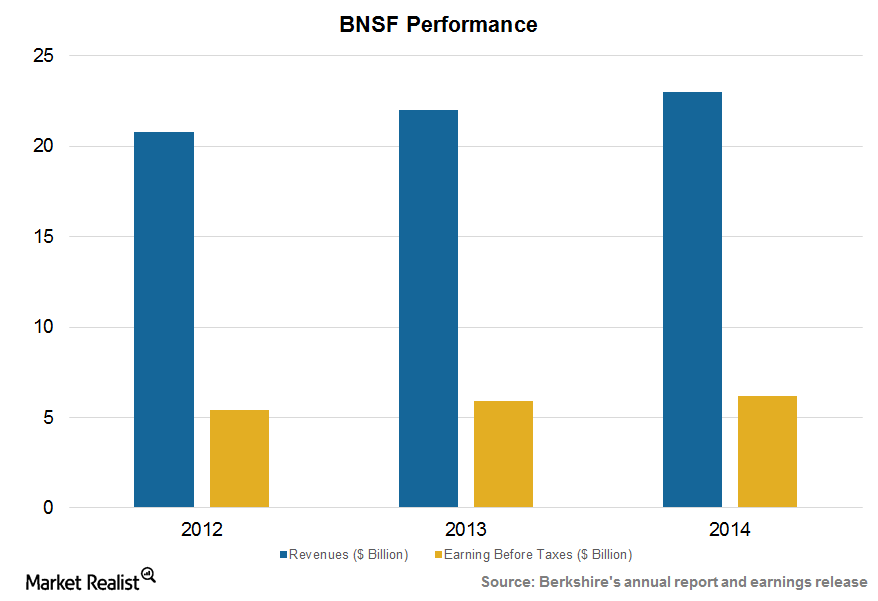 BSNF will benefit from lower fuel prices going forward. But in 2014, any savings were offset by higher volumes and compensation benefits for employees. Overall operating expenses increased by 6% to $16.2 billion.

Berkshire also faces competition from other railroad companies including CSX Corporation (CSX), Norfolk Southern (NSC), and Kansas City Southern (KSU), all of which are part of the iShares Core S&P 500 ETF (IVV).