Sales came in ~0.5% ahead of consensus Wall Street analyst estimates. This was the 12th quarter out of 13 that the company had beaten Wall Street expectations. In 3Q15, Lululemon Athletica missed revenue estimates by 1.2%. 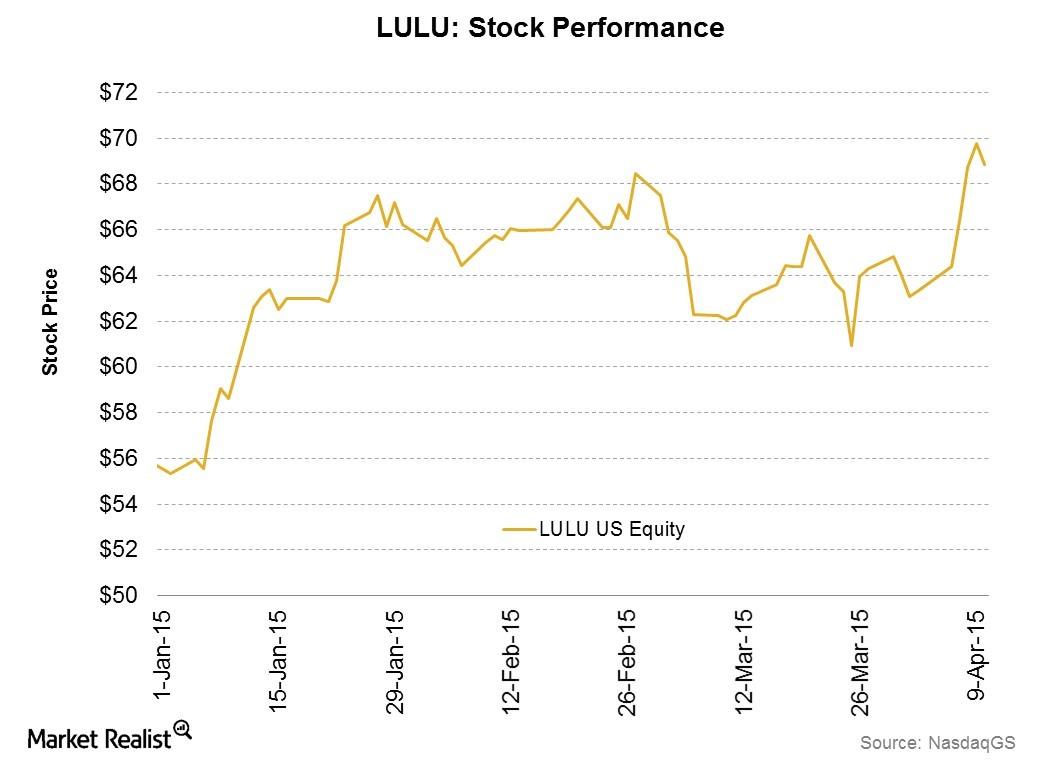 Lululemon Athletica also delivered an earnings beat in the quarter. Its adjusted earnings per share (or EPS) came in at $0.78 in 4Q15. This was higher than the company’s earlier guidance of $0.71–$0.73 per share provided in January. Its EPS also beat consensus Wall Street analyst estimates of $0.73. For the full year, LULU reported an adjusted EPS of $1.89, higher than its earlier guidance of $1.80–$1.82 per share. Consensus Wall Street analyst estimates had projected $1.82 per share.

The company’s strong showing in fiscal 2015 was market-moving. LULU’s stock price and valuations spiked, which we’ll explore in Part 4 of this series. More importantly, the quarter’s strong results eliminated fears that the company’s products were failing to resonate with customers. It also confirmed that the company’s efforts toward transformation were headed in the right direction.

Lululemon Athletica’s competitor in sportswear, Nike (NKE) released its 3Q15 earnings on March 26. Nike spiked to an all-time high, crossing the psychological $100 mark on the results. Other LULU competitors, Under Armour (UA) and VF Corporation (VFC), will release their 1Q15 earnings later this month. NKE, UA, and VFC together constitute ~4.74% of the portfolio holdings in the Consumer Discretionary Select Sector SPDR Fund (XLY).

The same-store sales for brick-and-mortar stores grew 2% in the quarter. This was the first quarter since 3Q14 that the company had reported positive comps for corporate-owned stores.