As discussed in Part 8 of this series, ROFO (right of first offer) assets represent growth opportunities. Yieldcos need to keep adding new assets to their portfolios to stay tax efficient and competitive. A large pipeline of ROFO assets means greater certainty about growth prospects. Yet, note that sponsors aren’t obligated to sell the projects in the pipeline.

In this part, we’ll look at the ROFO asset pipelines of the yieldcos discussed so far. 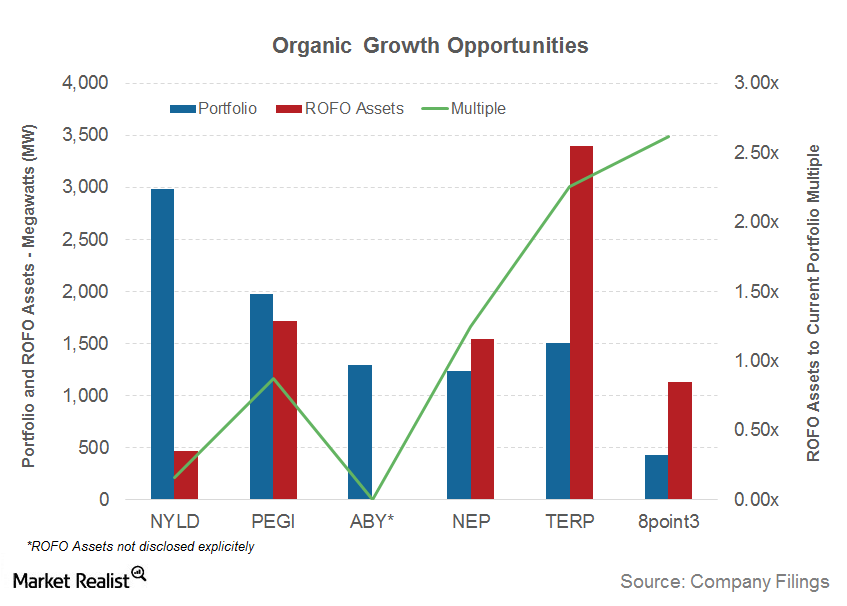 As of December 31, 2014, Pattern Energy Group (PEGI), operated 1,974 MW of wind power plants. The company had ROFO wind assets of 1,719 MW in its pipeline on that day. All its ROFO assets are owned by Pattern Development, the sponsor.

In the next part of this series, we’ll continue our look at yieldco ROFO assets.