Last year, the budget had been in deficit of $193.5 billion. These surplus or deficit figures are released by the U.S. Department of the Treasury in the MTS (Monthly Treasury Statement). It provides an overview of the federal government and off-budget federal entities’ financial activities. 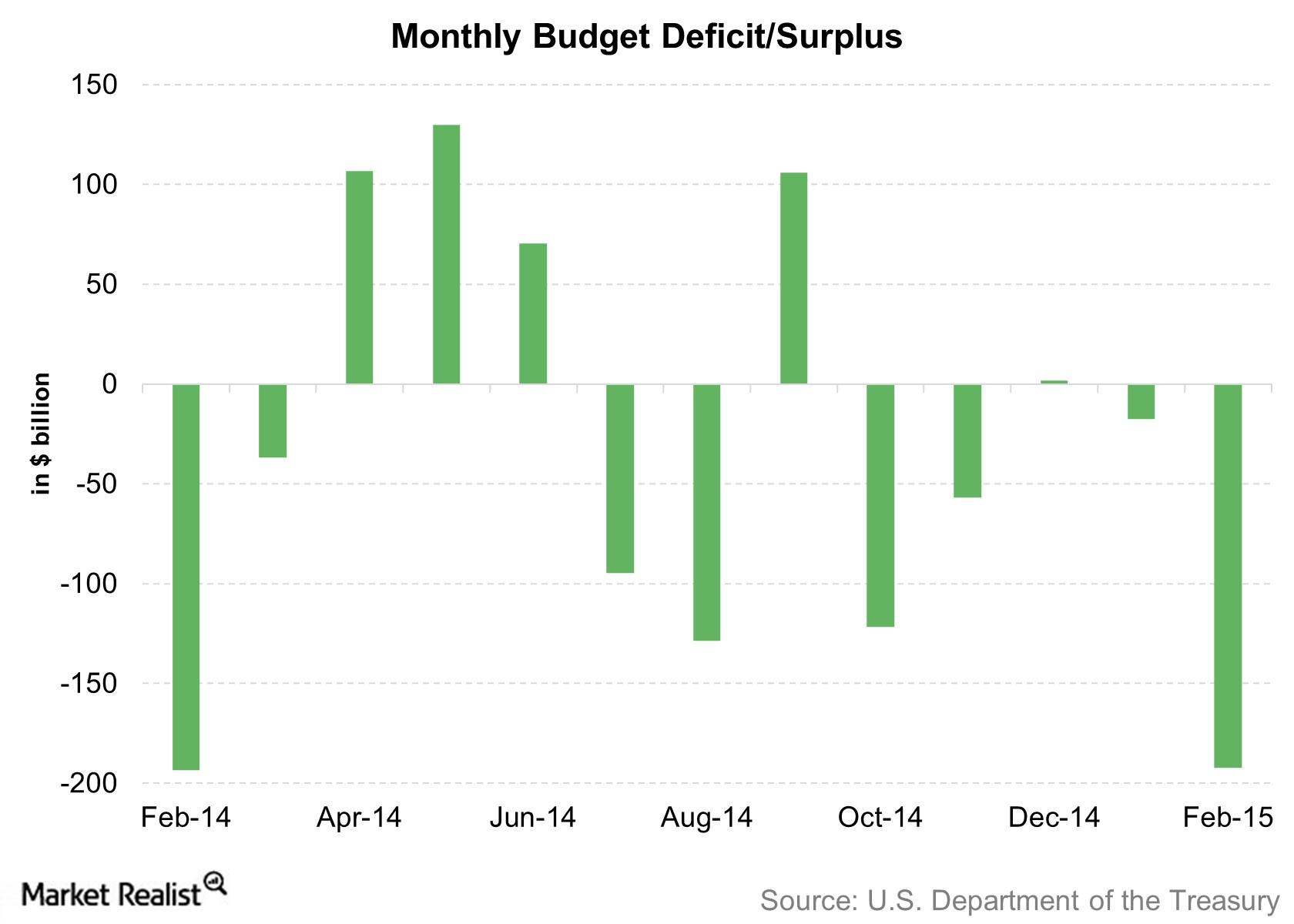 Why is it important?

Knowing the budget balance is important because a large budget deficit increases the national debt. As a result, a higher percentage of the country’s income will need to be used for interest payments on the debt.

For fiscal year 2015, the Congressional Budget Office expects the deficit to reduce to 2.7% of the GDP, or $486 billion, according to a release in March 2015. This projected number is higher than January 2015’s estimate of $468 billion. So far in this fiscal year, the budget balance is in a deficit of $386.5 billion.

The highest budget receipts for the US in February 2015 came from individual income taxes at $40.6 billion. The highest budget outlays were from the Department of Health and Human Services at $78.9 billion. It was closely followed by the Social Security Administration at $78 billion.

Unlike retail sales, there isn’t a direct impact of a budget deficit on companies or ETFs. However, an increase in the budget deficit over a period of time signals worsening government finances. This isn’t good for the economy.

In the next part of this series, we’ll look at what wholesale and business inventories are telling you about the economic output in the US.