A restaurant can grow more revenue by simply adding more restaurant units. Besides same-store sales, unit growth is one of the most important drivers for restaurant revenue.

Underpenetrated companies, or young and growing companies, can quickly capitalize on their popularity by adding units. For a company that uses the franchise model, unit growth can come at an even faster rate because of the low requirement of capital. 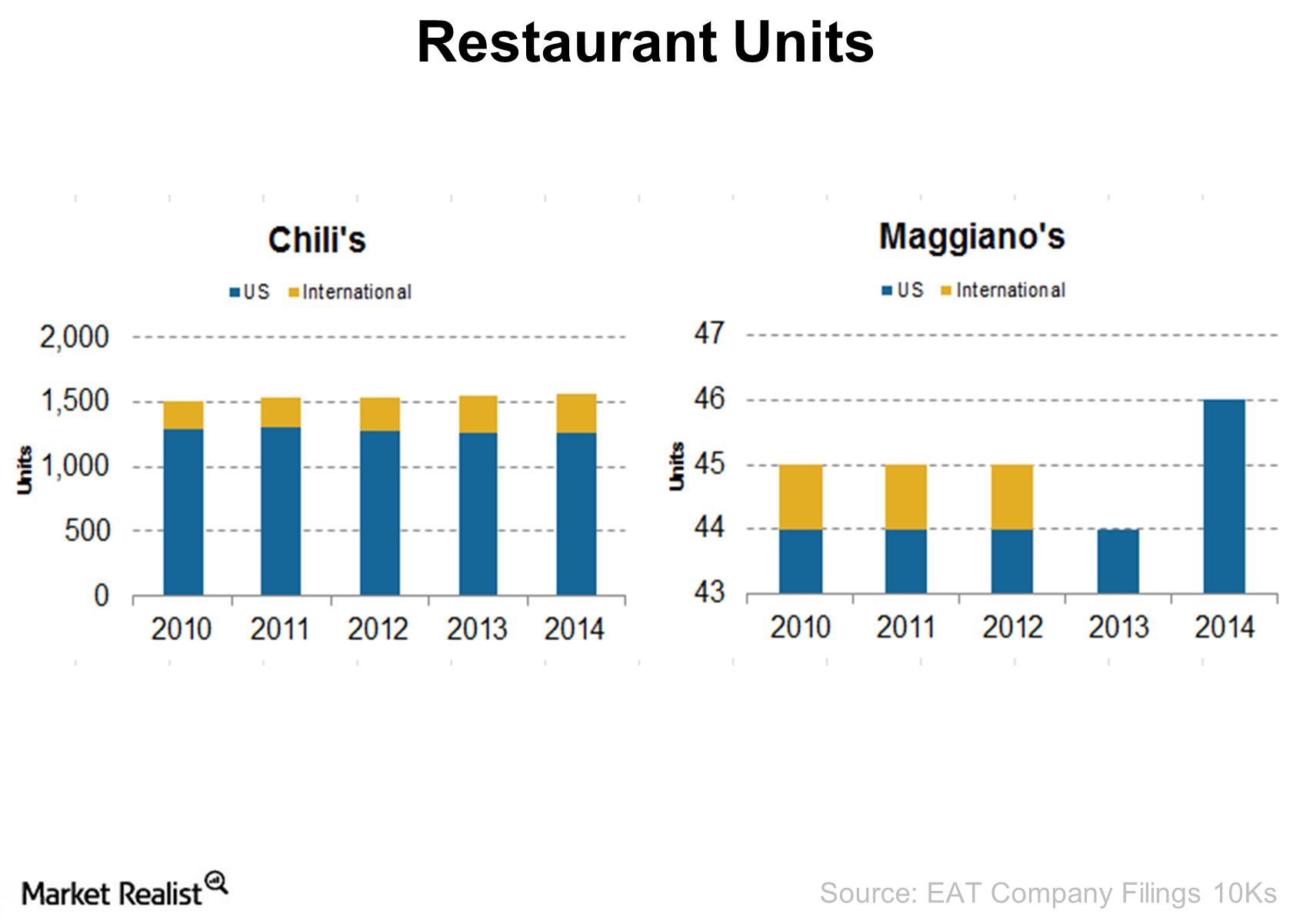 As for Maggiano’s, Brinker International (EAT) added two restaurants in the United States.

In all, Brinker’s added 46 new restaurants, as you can see in the above chart.

Other restaurants are also growing units

So far, we’ve looked at Brinker International’s same-store sales, average check, and unit growth. We’ve also compared it to its peers. Next, we’ll see how all these factors tie in to revenue growth for the company.