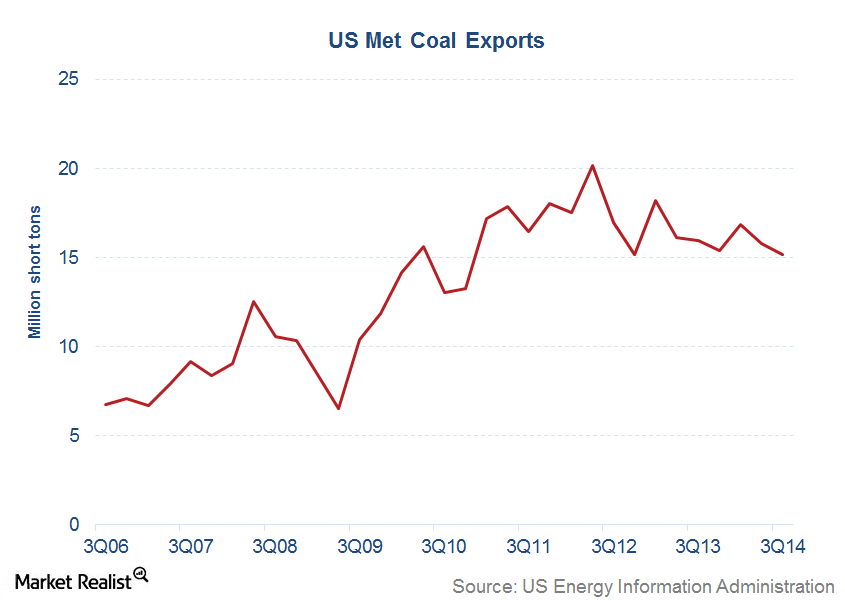 However, coal production started rising again in 2012 as production in Australia was restored. Moreover, many met coal producers scaled up their capacities in anticipation of continued stronger demand. The US coal industry (KOL) saw unprecedented consolidation in 2011, when confidence in the industry was running high. Walter Energy (WLT) acquired Western Coal in April 2011, followed by Alpha Natural Resources’ (ANR) Massey Energy Acquisition in June 2011. In the same month, Arch Coal (ACI) acquired International Coal Group. Peabody Energy (BTU) acquired McArthur Coal in Australia in late 2011. We discussed each of these transactions in detail in the Market Realist series Should you expect big US coal mergers and acquisitions soon?

What happened next? Find out in the next part of this series.