The Distilled Spirits Council of the United States (or DISCUS) expects distilled spirits exports to increase for the fifth straight year in 2014, primarily driven by a strong demand for American whiskey. 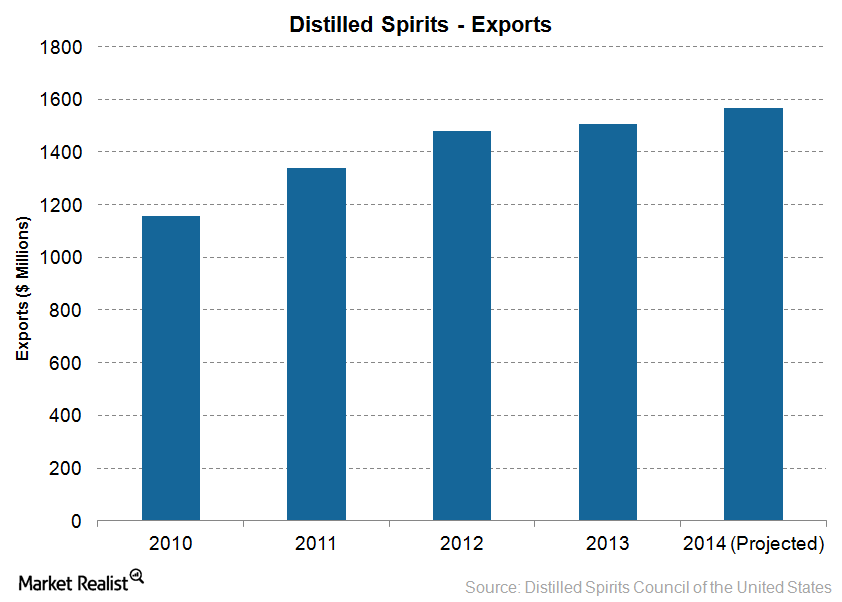 DISCUS expects American spirits exports to grow by 3.8% to $1.56 billion in 2014. Top-end spirits are seeing a huge demand in developed as well as emerging markets.

The spirits industry is also expected to benefit from market opening agreements such as the Trans-Pacific Partnership, a US trade agreement with 11 Asian and Pacific Rim countries.