In the previous part of this series, we saw that Shake Shack focused on growing more company-operated stores in its domestic market—the US. Shake Shack also plans to be present in countries like the United Kingdom, Turkey, and Russia as well as the Middle East. In 2015, the company expects to have five new restaurants in these markets. 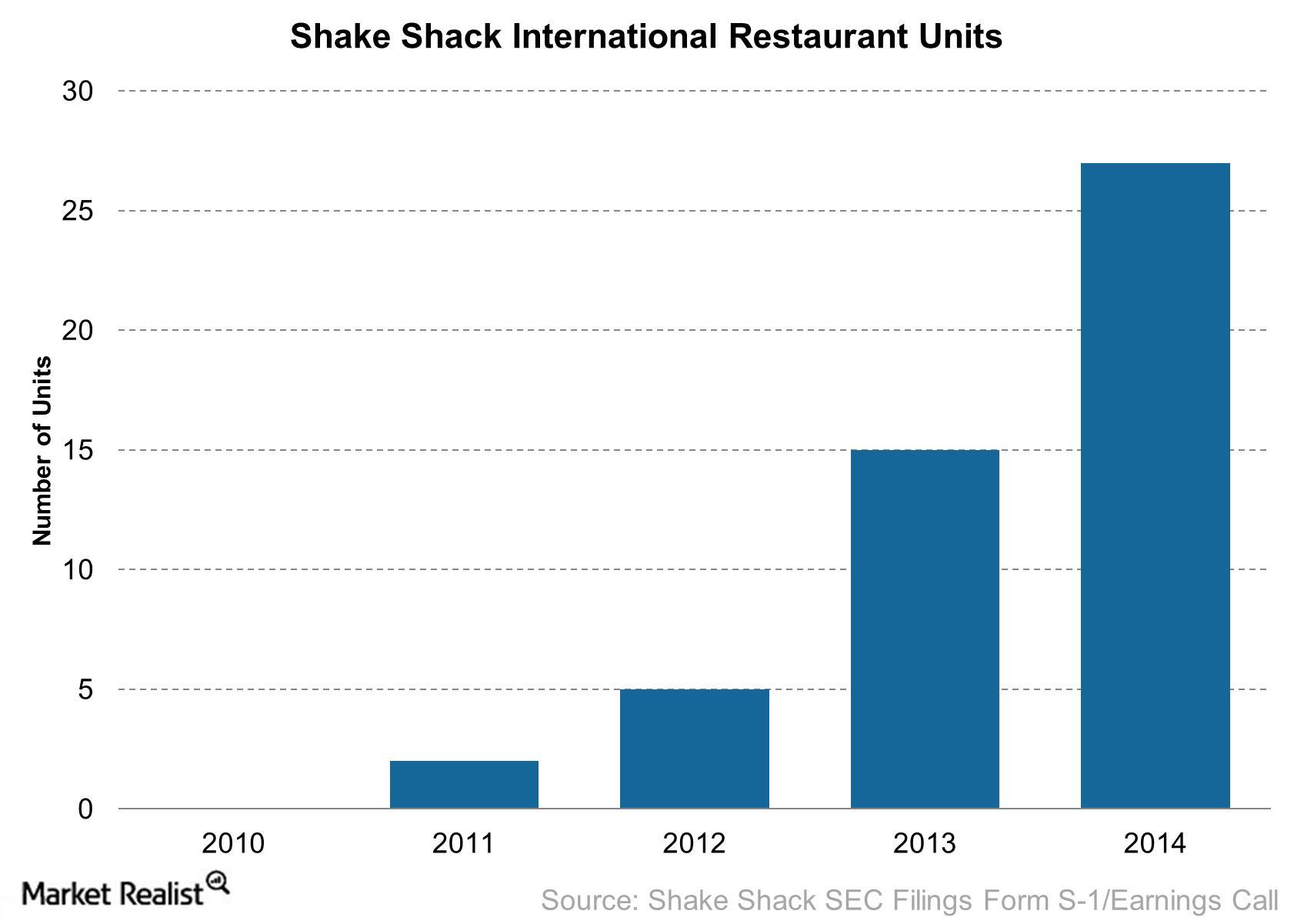 In 2016, SHAK, through its licensee Sazaby League, will open its first Shake Shack in Japan. Through this agreement, the company will open ten stores in total over the next five years. Sazaby has a proven track record, with the introduction of Starbucks (SBUX) in Japan giving the coffee brand huge success in the country.

SBUX is also part of the Consumer Discretionary Select Sector SPDR ETF (XLY), which holds about 3% of the stock, 4% of McDonald’s (MCD), 1% of Chipotle Mexican Grill (CMG), and about 0.35% of Darden Restaurants (DRI).

Shake Shack’s domestic licensed stores haven’t grown as aggressively as international stores, and this may indicate that the company wants to develop the domestic market with more company-operated stores.

In 2015, SHAK plans to open in Texas and Maryland as well as the Midwest and East Coast while entering newer markets such as Chicago, Orlando, Las Vegas, and Atlanta. During the company’s latest earnings call, management also stated that Shake Shack further penetrated its New York, New Jersey, and Washington, DC, markets.

Given the heavy presence of some restaurant giants in Asian markets, it would be beneficial for Shake Shack to enter the market soon.