In 2014, Barrick Gold’s (ABX) copper production of 436 million pounds was 19% lower than the prior year. The decrease was primarily due to lower production at Zaldivar. This was due to lower tons processed combined with a minor disruption in leaching irrigation due to piping and pump failures.

The decrease in production at Lumwana was primarily due to the shutdown of the mill and concentrate production for a significant portion of the second quarter 2014. The shutdown resulted from the partial collapse of the terminal end of the main conveyor, combined with the adverse effect of an unusually long and severe rainy season in Zambia during the second quarter of 2014. 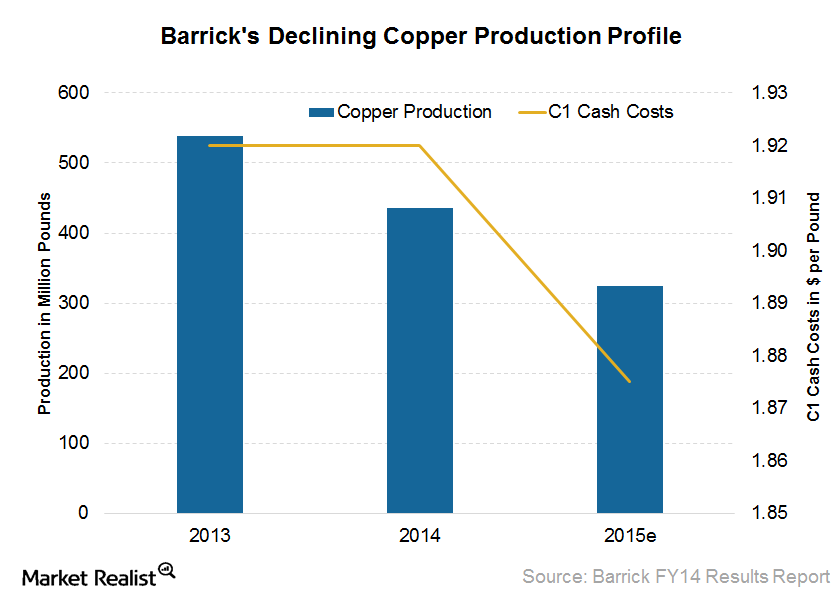