At the same time, it’s also important to recognize that when trying to defend against one scenario, investors may be exposing themselves to another. Case in point: Many of the traditionally defensive stock sectors, like utilities and consumer staples, tend to be rate sensitive. So while they may help protect a portfolio from certain market corrections or a weak economy, they may not be as effective when a market correction is caused by a rising rate environment, as was the case this past summer. 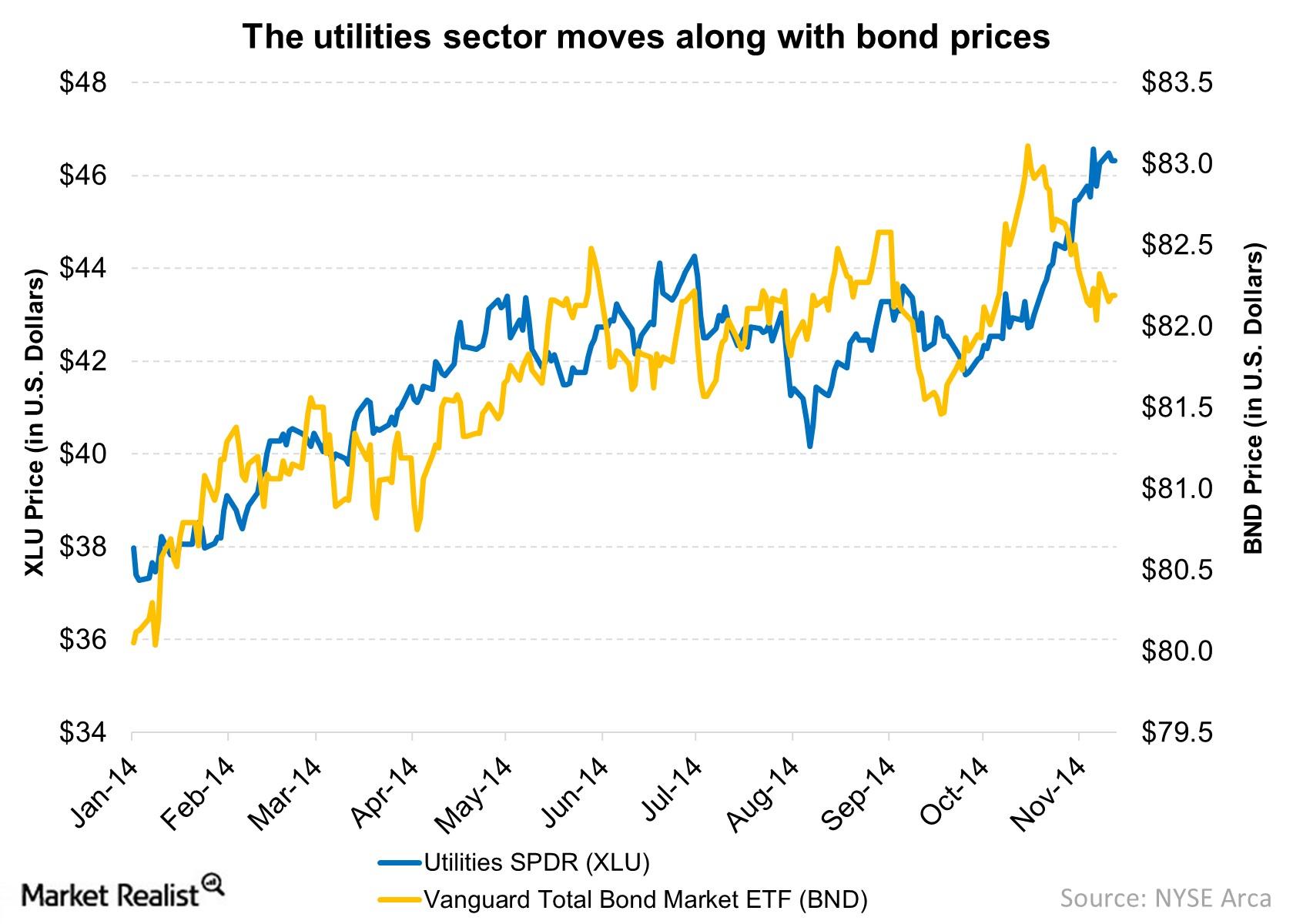 The graph above compares the prices for the utilities SPDR ETF (XLU) with the Vanguard Total Bond Market ETF (BND). The prices of the two seem to take a similar path. This means that the utilities sector gives its investors a bond-like exposure. This holds true for other defensive sectors as well.

In a high–interest rate scenario, a portfolio exposed to both bonds and the defensive sectors could see negative returns. Instead of providing diversification, this strategy could make investors face a similar risk twice over.

In such a scenario, cyclical sectors like technology (QQQ) and financials (XLF) outperform the defensive as interest rates usually rise when the economy is booming.

Read the next part of the series to understand why certain sectors or stocks can switch from defensive to cyclical from time to time.