For dry bulk shipping investors, one of the major factors to watch out for is China’s crude steel production. Iron ore is the main ingredient for manufacturing steel. China is the largest producer and consumer of the two commodities. 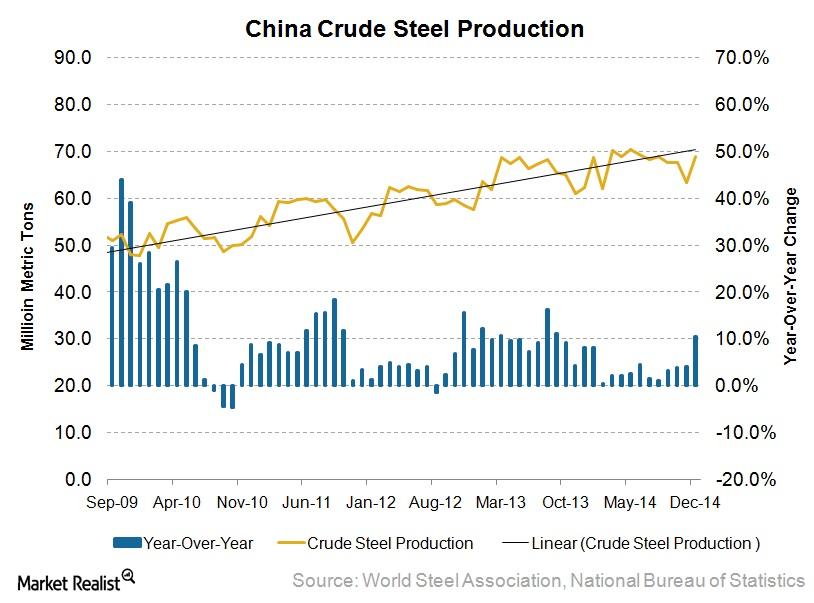 The National Bureau of Statistics revealed that the December crude steel output in China increased 7.6% to 68.09 million tonnes. This was mainly due to steel mills resuming production after the enforced cuts in the northern regions. On a YoY basis, steel output was up 1.5%.

The low growth rate suggests that China’s authorities have had some success in their efforts to lower production and close polluting plants. However, analysts warned about possible upward revisions to the 2014 data. They still forecast a small rise in output in 2015.

“We still expect a marginal growth in steel production this year as Beijing has sped up approvals of infrastructure construction projects,” said Sara Wang—an analyst with MasterLink Securities in Shanghai.

Crude steel production is driven by the raw input of iron ore. In the next part of this series, we’ll discuss China’s iron ore imports. We’ll see how it impacts shipping.