On January 21, 2015, Microsoft Corporation (MSFT) announced the finer details of Windows 10, its latest operating system (or OS). The company also announced the probable date this OS will hit the markets.

On January 21, 2015, Microsoft held a special Windows 10 event to show how Windows 10 will run across PCs (personal computers), phones, tablets, and the Xbox One gaming console. If Microsoft’s Windows 10 is successful, it will benefit not only its investors but also ETFs such as the Powershares QQQ Trust (QQQ) and the Technology Select Sector SPDR Fund (XLK), which have 8.00% and 9.61% exposures to Microsoft, respectively. 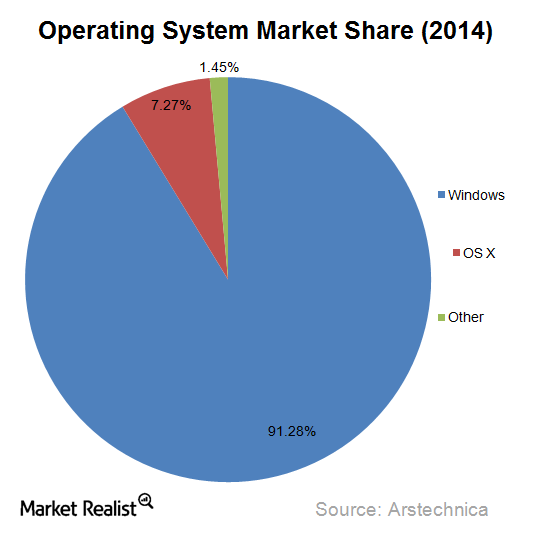 Windows 10 to provide a common foundation for all computing devices

Microsoft’s Windows 10 aims to establish a common software foundation for PCs, tablets, smartphones, and the Xbox. All these products presently require different operating systems. If Windows 10 acts like a common foundation, it will allow seamless, uninterrupted activities across devices. For example, it will allow Xbox users to shift between the game on the console to a Windows PC.

With Windows 10, Microsoft is focused on winning customers in the mobile space where Apple (AAPL) and Google (GOOG) (GOOGL) are leading players.

It’s rumored that Windows 10 brings with it a slight alteration in its business model tinkering. Microsoft executives have hinted that the company is resorting to new ways to generate revenues by pitching to consumers its varied services such as add-on services or apps, Microsoft’s Skype video-calling service, One Drive file storage, and digital video downloads.

It’s also been speculated that Microsoft will try to offer Windows 10 as an annual subscription rather than a one-time buy. However, Microsoft’s CEO Satya Nadella refuted the change in business model.