For a restaurant, the second key revenue driver is growing restaurant units. By setting up stores in underpenetrated regions, the company can capture revenue growth. 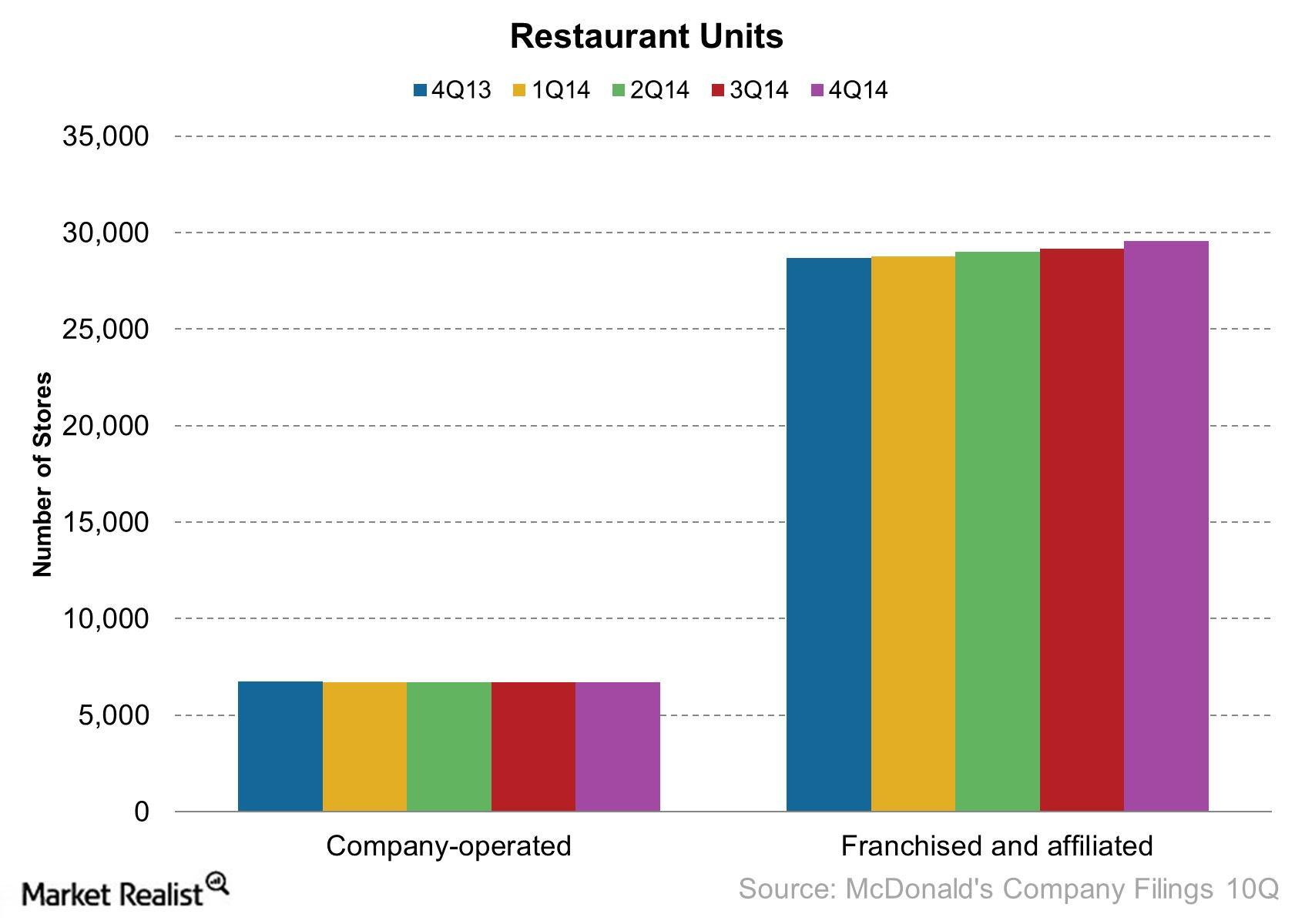 Management highlighted its change in site selection. It’s site selection improved over the years. According to the company, this positioned McDonald’s for long-term growth. It selects relevant locations. It doesn’t only focus on new unit movement.

McDonald’s reached maturity in the US. As a result, revenue growth through same-store sales is a more important metric for the company than unit growth.

In the next part of this series, we’ll look at how weak same-store sales growth and growing units impacted McDonald’s revenue.