In the last part of this series, we learned that McDonald’s earnings per share, or EPS, declined 19% year-over-year, or YoY. Starting right at the top of the income statement, McDonald’s (MCD) revenue declined 7.3% YoY. In the restaurant industry, revenue is primarily driven by same-store sales and unit growth. 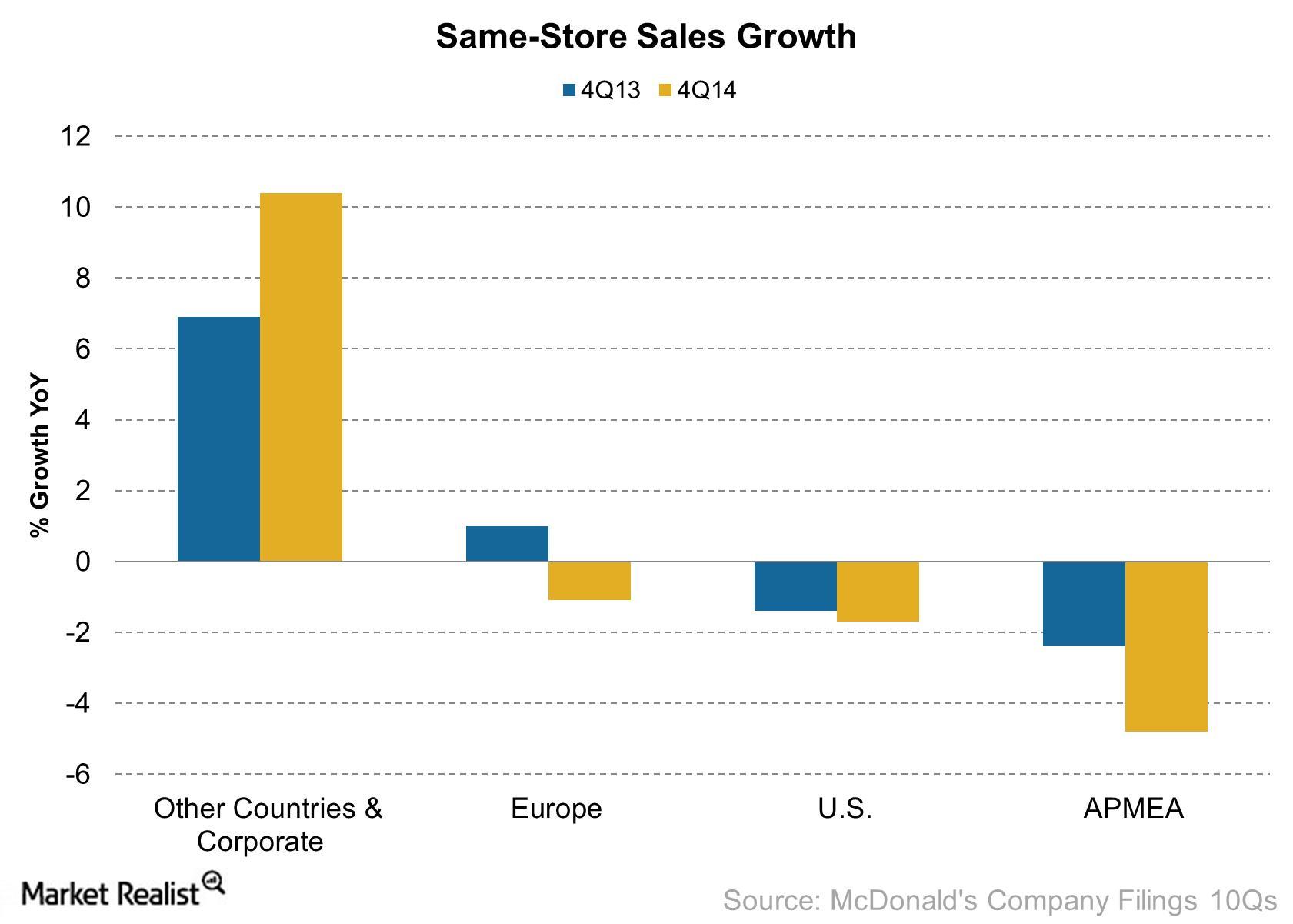 Same-store sales in the US declined -1.7% in the fourth quarter—compared to -1.4% in the same quarter in 2013. During the previous earnings call, management stated that its US sales suffered because it didn’t meet customers’ expectations for eating out. During this quarter, the company stated that it will take longer to see an “uptick” in the US markets.

Same-store sales disappointed in Europe as well. Same-store sales declined -1.1%—compared to a growth of 1% in the same quarter in 2013. During the earnings call, management stated that Germany’s market is beginning to see a turnaround. In December, it had the highest same-store sales in over two years.

The APMEA (Asia Pacific, Middle East and Africa) market had the biggest decline in same-store sales. Same-store sales declined by -4.8%—compared to -2.4% in the same quarter last year.

APMEA’s same-store sales were dragged down, particularly by China. It had same-store sales of -6.7%. China’s market was as affected by the meat supplier scandal. The scandal also impacted restaurant companies like Yum! Brands (YUM), Burger King (BKW), and Starbucks (SBUX).

In the next part of this series, we’ll look at McDonald’s unit growth during the quarter.