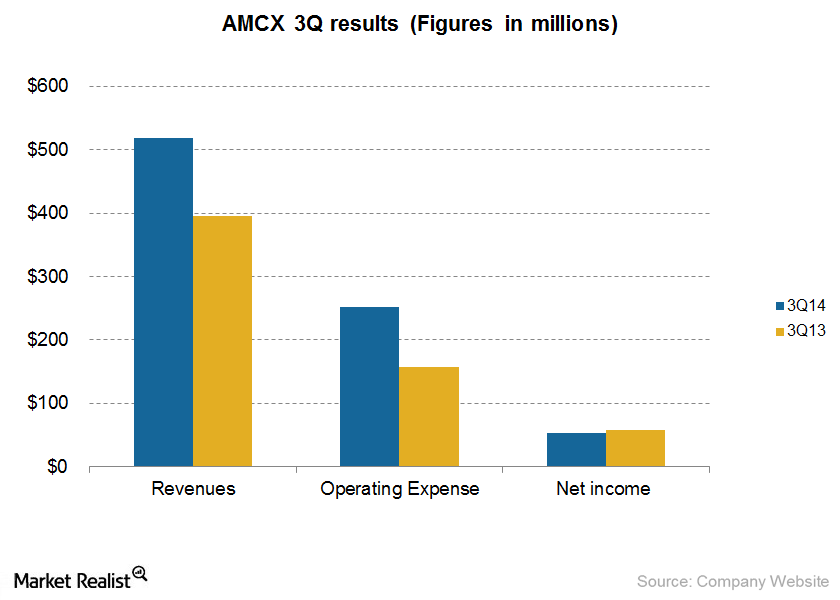 In November 2014, AMCX reported third-quarter revenues of $519 million, which was an increase of over 31% on a year-over-year basis. The revenues reported for 3Q13 were $395 million.

The net income for 3Q14 was $53 million, a 10% decrease from the net income of $58 million in 3Q13. The decrease in net income was mainly due to a significant increase in operating expenses and a litigation settlement gain of $133 million recorded in 3Q13.

In October 2014, AMCX announced its acquisition of a 49.9% stake in BBC America for $200 million. BBC America airs popular shows like Doctor Who, Sherlock, Top Gear, and Planet Earth. The acquisition created a powerful collection of the most critically acclaimed networks. AMCX hoped that the acquisition would help it form a deeper connection with viewers, as BBC America is now available in over 80 million US households.

The CEO of AMCX said, “Our content rises to the top on many levels and is particularly well-suited to an era of on-demand viewing and expanding consumer choice.” BBC Worldwide gets to use AMCX’s advertising and programming expertise, while AMCX has operational control and runs BBC America.

Other 3Q14 positions for Luxor Capital

The next part of this series will discuss Luxor Capital Group’s position in RCS Capital Corp.