Horseman sold its position in IAMGOLD (IAG) in 4Q14. The position accounted for 2.65% of the fund’s 3Q14 portfolio. 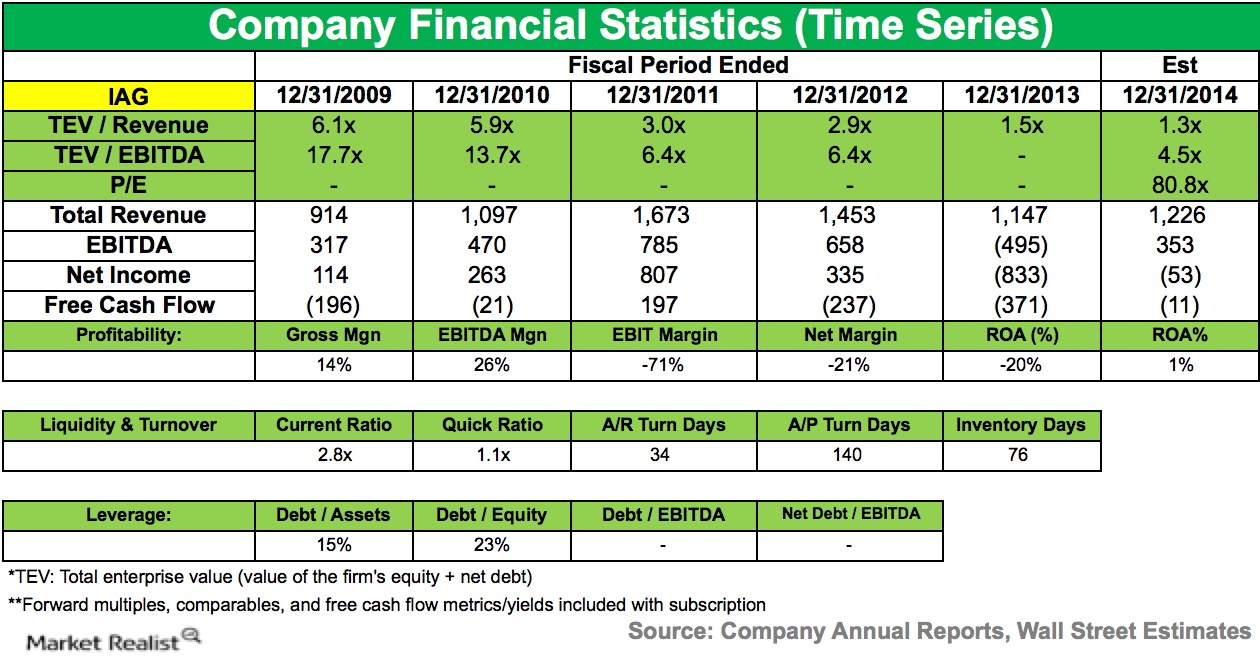 IAMGOLD is a mid-tier gold mining company that produces almost 1 million ounces of gold annually from five mines on three continents. IAMGOLD operates in West Africa, the Guiana Shield of South America, and Quebec. It has a pipeline of development and exploration projects. As of December 31, 2013, IAMGOLD has probable gold mineral reserves of 318 million pounds.

On January 22, IAG completed the sale of Niobec for $530 million. IAMGOLD now has the ability to invest further in its existing portfolio of assets. The company can also consider acquisition opportunities that will contribute to positive cash flow.

The improvement is due to the successful implementation of cost reduction initiatives at all sites and the restructuring at corporate office. Gold miners are cutting their costs to maintain profits in the current environment of falling gold prices.

As of December 31, 2014, the company’s cash, cash equivalents and gold bullion were worth approximately $333 million.

In the next part of the series, we’ll discuss Horseman’s position change in Harmony Gold Mining.