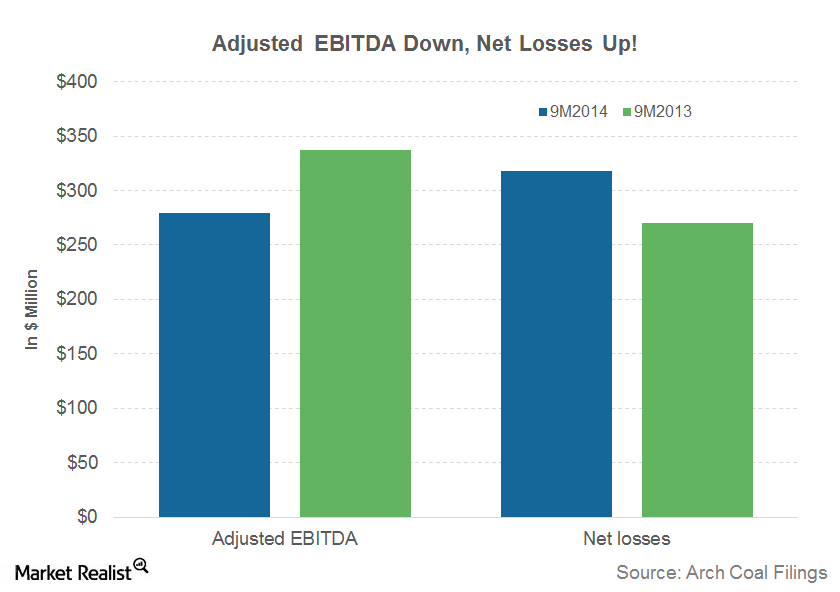 The company almost halved its capital expenditure (or capex) as part of its cost-saving measures. The company incurred $118.7 million in capex in 9M14, almost half of the $223.2 million in 9M2013.

With low flexibility for additional borrowing, highly leveraged coal producers have to rely on available liquidity to survive the downturn. Continued cash burn has dented Arch Coal’s (ACI) cash and cash equivalents to $796 million as of September 30, 2014, from $1.1 billion a year earlier.