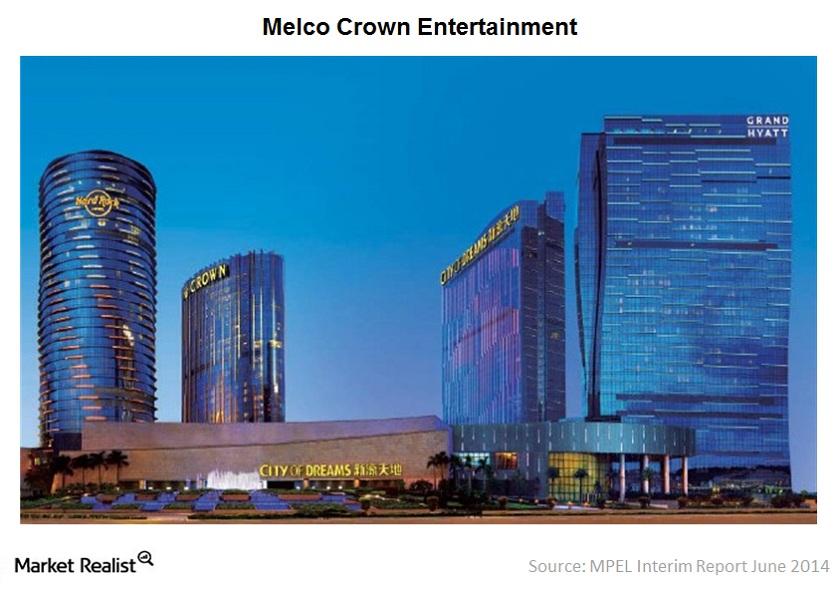 Melco Crown Entertainment is a dual listed company. The company’s American depository shares (or ADS) are traded on the NASDAQ Global Select Market under the symbol MPEL. It is also listed on the Main Board of the Stock Exchange of Hong Kong Limited under the stock code 6883.

However, on January 2, 2015, MPEL’s Board unanimously approved a proposal to delist the shares of MPEL from the Main Board of the Stock Exchange for reasons of cost and utility. MPEL is a part of ETFs like the VanEck Vectors Gaming ETF (BJK), which help investors gain access to the casino industry. 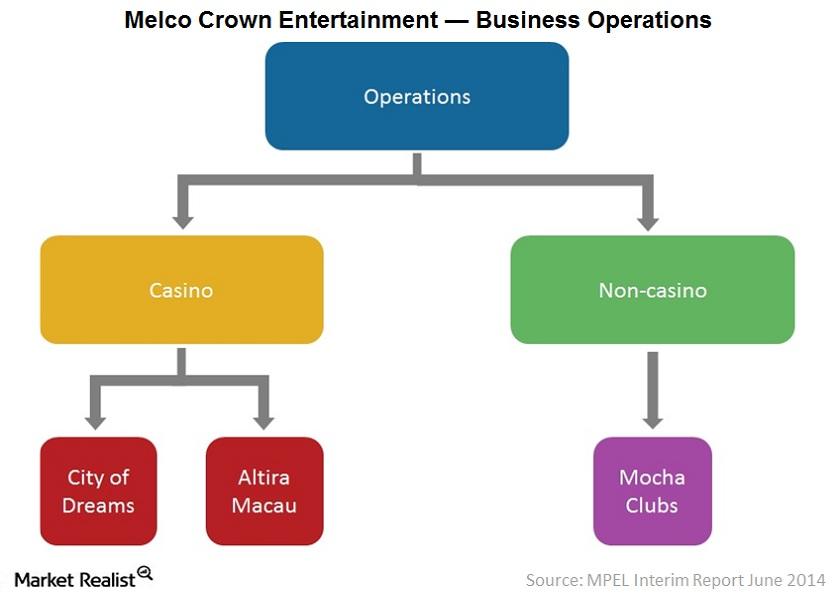 City of Dreams is an integrated casino resort that targets high-end customers and rolling chip players from regional markets across Asia. As of June 30, 2014, City of Dreams featured:

Mocha Clubs are noncasino-based operations in Macau. As of June 30, 2014, Mocha Clubs had eight clubs with a total of 1,266 gaming machines, which represented 9.8% of the total machine installations in the market, according to The Gaming Inspection and Coordination Bureau (or DICJ).

In this series, we’ll touch on a variety of topics, including: