Divestment as a strategy

In the previous sections of this series, we discussed Weatherford International’s (WFT) asset sale to Berkshire Hathaway (BRK-B). The chemicals and engineering solutions business sale is not the only business that WFT has sold in recent times. In fact, this asset sale is part of WFT’s strategy to focus on developing core business and selling non-core operations. 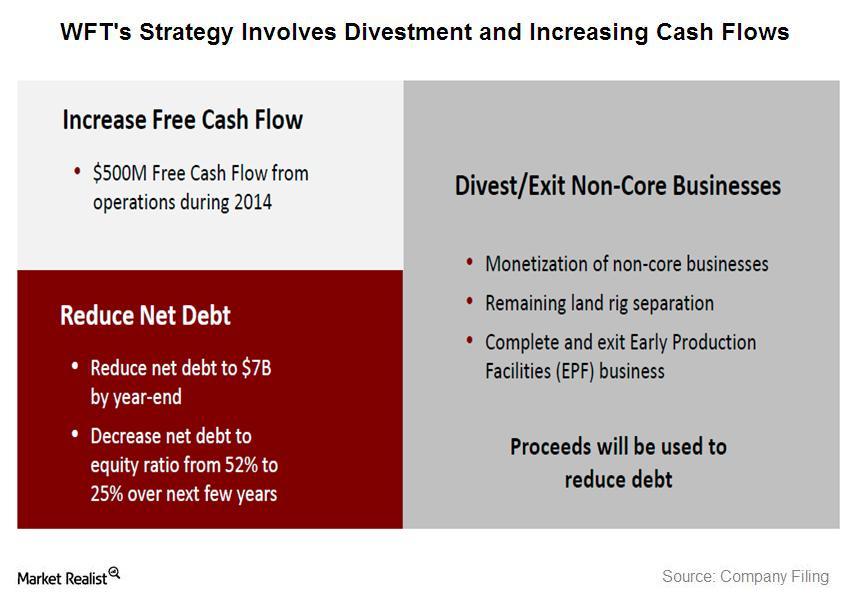 In order to improve efficiency and increase shareholders’ value through increasing cash flows, WFT adopted a strategy of acquiring and selling non-core business. In November 2013, Weatherford International (WFT) announced its intention to divest some of its non-core business lines, including land drilling rigs, drilling fluids, pipeline and specialty services, testing and production services, and wellheads.

In July 2014, WFT sold its land drilling and workover rig operations in Russia and Venezuela for $499 million plus estimated working capital of $10 million. Following the sale, WFT recorded a $143 million long-lived assets impairment loss and a $121 million goodwill impairment loss.

In September 2014, WFT completed the sale of its pipeline and specialty services business for $246 million. The company recognized a $50 million gain from this transaction.

On October 7, 2013, WFT sold its 38.5% equity interest in Borets International Limited for $400 million. Borets was a Russia-based electric submersible pump manufacturer. As of September 30, 2014, WFT’s well testing business was classified as held for sale.

Mergers and acquisitions also form part of other energy equipment and service provider companies’ strategy. Recently, Halliburton (HAL) has agreed to acquire Baker Hughes (BHI) in one of the biggest deals in the industry’s history. Learn about this deal in Market Realist’s article on Baker Hughes-Halliburton: A critical deal for the oil industry. Schlumberger (SLB), HAL, and BHI are components of the VanEck Vectors Oil Services ETF (OIH).

Just how successful have Mr. Buffet’s investments been in recent times? Read the following part of the series to find out.