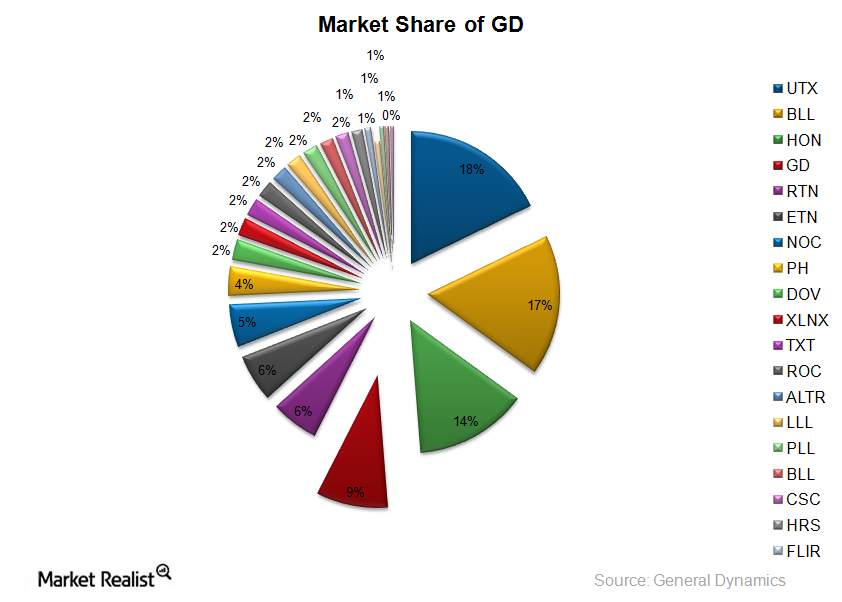 The company has a long history of organic growth, mergers, acquisitions, and divestitures. Its most successful program has been its F-16 planes. This program is considered one of the most successful western military programs since World War 2. The company’s major sales come from the US (79.5%), followed by Europe (9.1%) and Asia Pacific (4.76%).

General Dynamics saw better-than-expected results in Q3 2014. The company’s earnings grew by 6.61% and its earnings per share, at $2.06, increased by 12% from the same quarter last year. For the same period, the company’s revenues increased marginally by 0.2% to $7,751 million, while its operating earnings rose by 4% due to lower operating costs. This rise was due to higher contribution from its aerospace, combat system, and marine system segments, which helped offset the underperformance of its information systems and technology segment.

The company’s interest expenses declined by 4.5% year-over-year, and its cash flows improved.

In the following article in this series, we’ll discuss the company’s segments in detail.