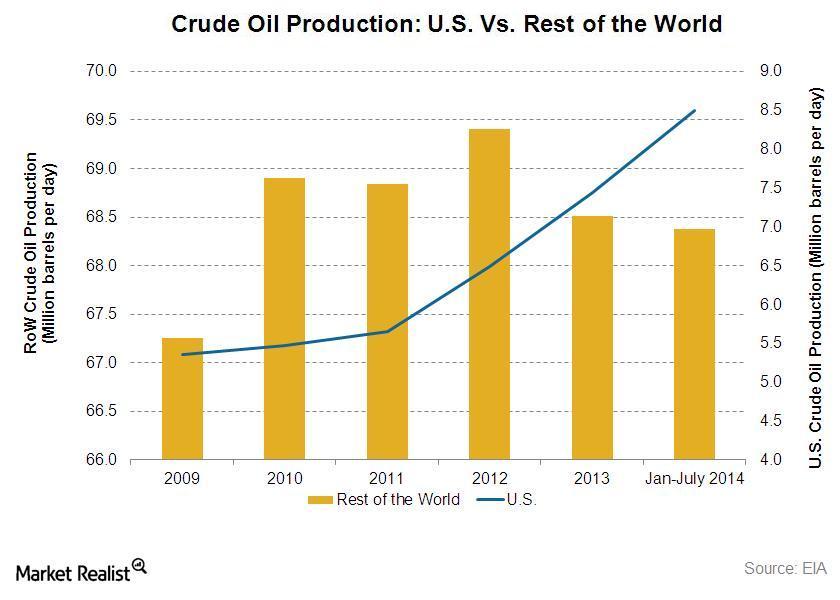 US oil production growth is higher

In 2014, crude oil production growth in the US continued to surpass the rest of the world. From the beginning of the year, crude production increased ~7%. It increased from ~7.8 million barrels per day (or MMbbls/d) in January to 8.4 MMbbls/d in July. Outside the US, oil production only increased by ~0.5% from January through July.

The largest US oil and gas companies—like ConocoPhillips (COP) and ExxonMobil (XOM)—are shifting their exploration and production focus to the US. These companies are part of the Energy Select Sector SPDR ETF (XLE).

XOM, Hess Corporation (HES), and EOG Resources (EOG) have strong oil and gas production bases in various countries throughout the world. These companies will benefit from higher international drilling and production activities.