Crude oil prices extended their fourth weekly decline. OPEC’s[1. Organization of the Petroleum Exporting Countries] determination to maintain its current production continues to raise concerns about the plight of crude oil prices, given the oversupplied markets.

Oil prices have fallen by ~20% since OPEC decided against cutting its production last month. 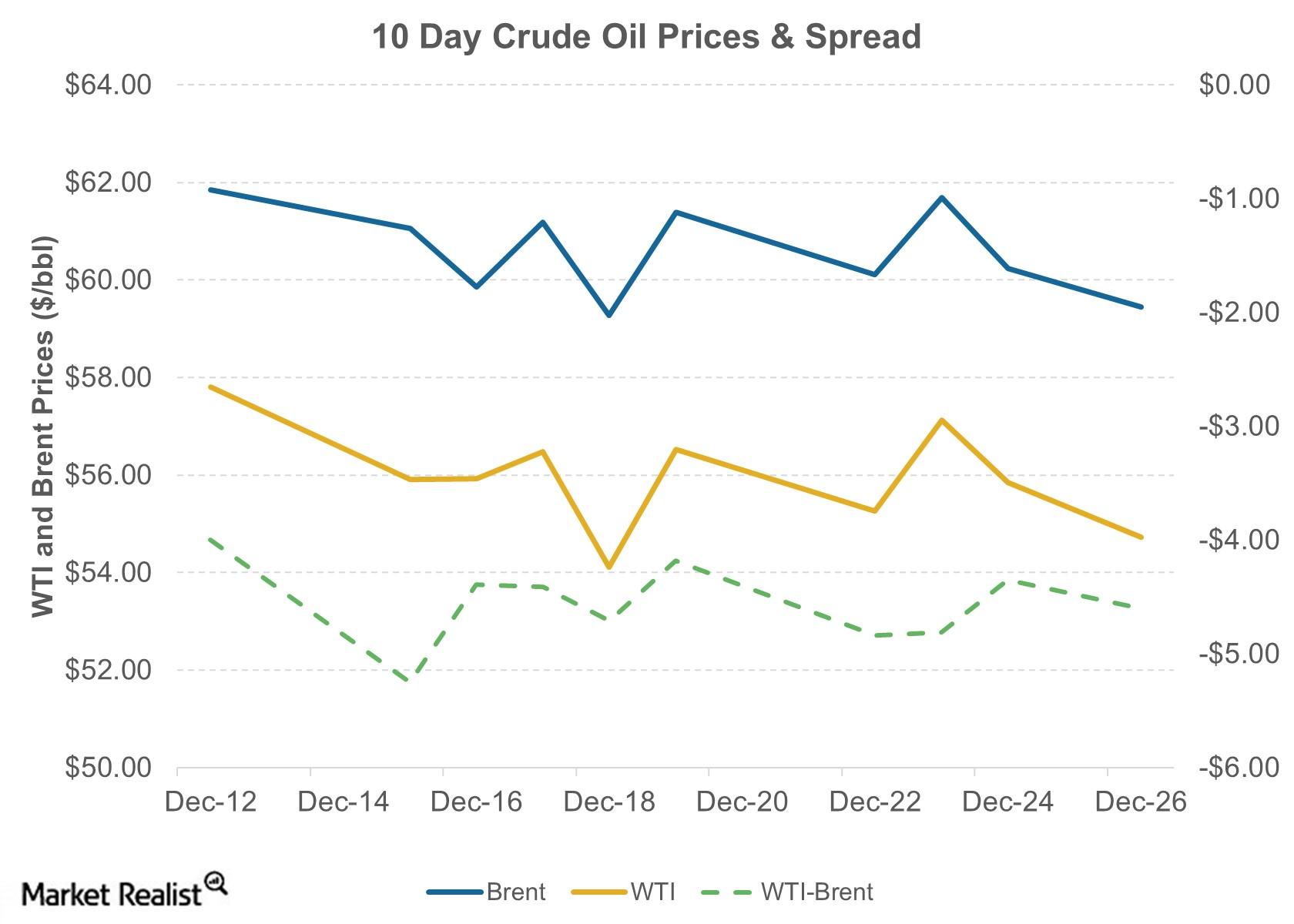 On Tuesday, things turned around. Revised figures from the US Commerce Department showed that gross domestic product grew at a 5% annual rate from July through September. This is the biggest increase since 2003. A strong GDP indicates a strong demand outlook. WTI prices rose ~3.4% to close at $57.12, while Brent prices climbed ~2.3% to close at $61.69.

On Wednesday, however, prices fell after the EIA’s bearish crude inventory, which showed that stocks increased unexpectedly. Read Part 2 of this series to learn more about the crude oil stock movement last week. Both grades of crude fell ~2.2 % on Wednesday.

The bottom-line concern ruling oil prices is that supply is outpacing demand. This is bearish for oil prices. Weakness in crude prices doesn’t bode well for profits of major oil producing companies like Hess Corp. (HES) Continental Resources (CLR), and Occidental Petroleum (OXY). ETFs that have these companies among their top holdings, like the Energy Select Sector SPDR ETF (XLE) and the SPDR S&P Oil & Gas Exploration & Production ETF (XOP), will also feel the pressure of weak crude prices.

Continue on to the following part of this series to read about the EIA’s forecasts for 2014 and 2015 oil prices as well as production and demand projections.