The Ontario Teachers’ Pension Plan (or OTPP) added a new position in Grupo Aval Acciones y Valores S.A. (AVAL) during the third quarter that ended in September. The position accounted for 0.11% of the fund’s total portfolio. 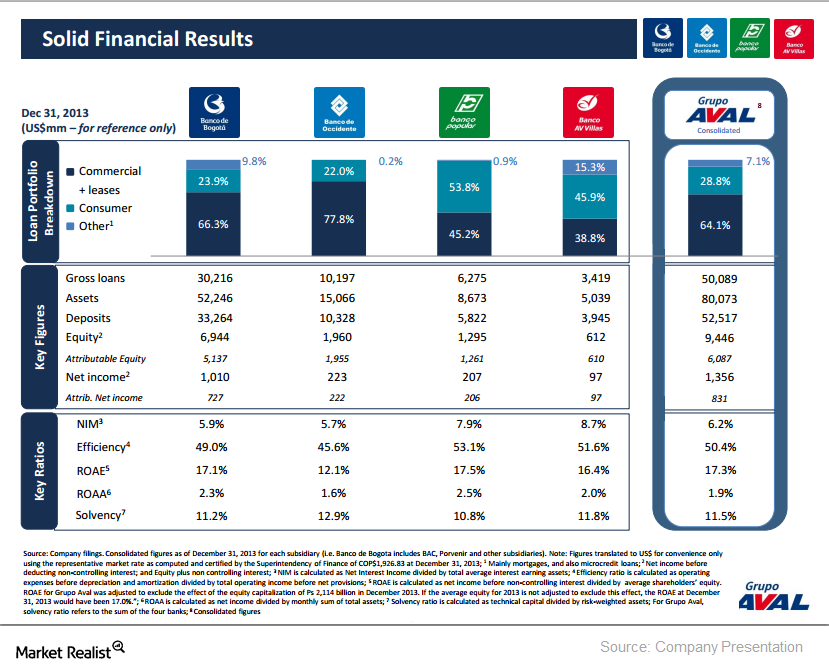 It also includes the largest pension and severance fund manager—Porvenir—and the largest merchant bank—Corficolombiana. The company’s initial public offering (or IPO) filing said Sarmiento Angulo beneficially owns 95.9% of its common shares and 60.8% of its preferred shares as of September 4, 2014.

The company’s IPO filing said it believes that Colombia’s financial system presents significant growth potential. It has favorable economic conditions and a low penetration rate for banking and financial services—compared to other countries in the Latin American region like Brazil and Chile. It said it has a market-leading share of 31.6% of commercial loans and 28.1% of consumer loans in the Colombian banking market as of June 30, 2014. It also has a 30% market share of deposits as of June 30, 2014.

The group saw its IPO in September. It offered 81,481,481 ADS at an initial public offering price of $13.50 per ADS. Each ADS represented 20 preferred shares of the company.

The group raised $1.26 billion from its IPO in New York. This was more than its expectations of $1.06 billion. It said it will use the net proceeds from the offering to increase capital in its banking subsidiaries—mainly Banco de Bogotá. It will use the rest for general corporate purposes.

OTPP’s other positions in 3Q14

In the next part of this series, we’ll discuss OTPP’s new position in Alibaba Group.