The three mines’ production contributed to 32% of Goldcorp’s group production. 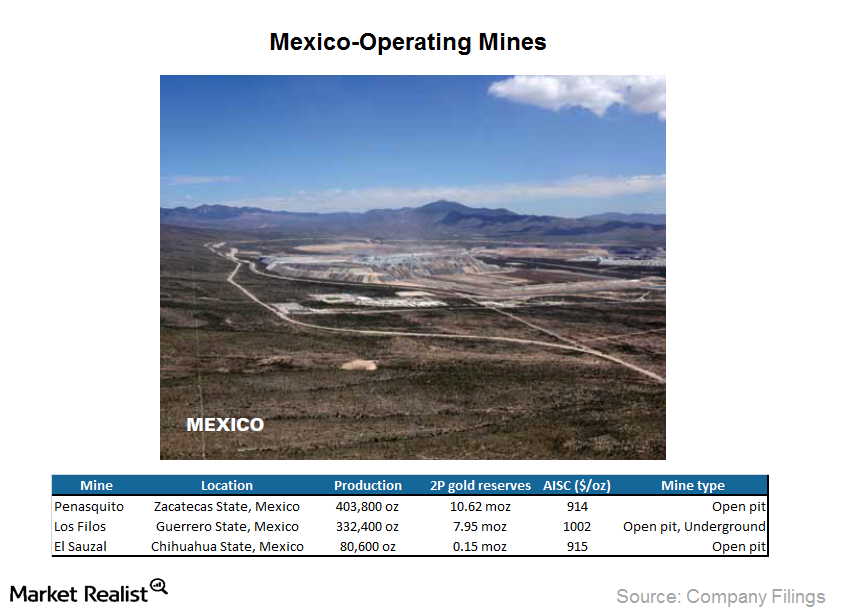 Management did a strategic review of several exploration properties in Mexico. Due to the depressed metal price environment and the impact of the tax reforms in Mexico, management decided to stop operations at some of its properties. This includes its Santo Domino and El Salitre assets.

There have been mine closures and suspensions across the board. The closures are due to lower gold prices. For example Iamgold (IAG) and AngloGold Ashanti (AU) closed a mine in Mali—in West Africa—due to unsustainable high costs and low gold prices. Barrick Gold (ABX) suspended operations at the Pascua-Lama mine due to unattractive mine economics at the current gold prices.