After September’s strong jobs numbers, a Fed rate hike could be on the horizon early next year. Russ explains two equity market implications.

As my colleague Rick Rieder noted in a recent post, September’s strong jobs numbers provided further evidence that the U.S. labor market and economy are recovering, and that a Federal Reserve (or Fed) rate hike could be on the horizon early next year. 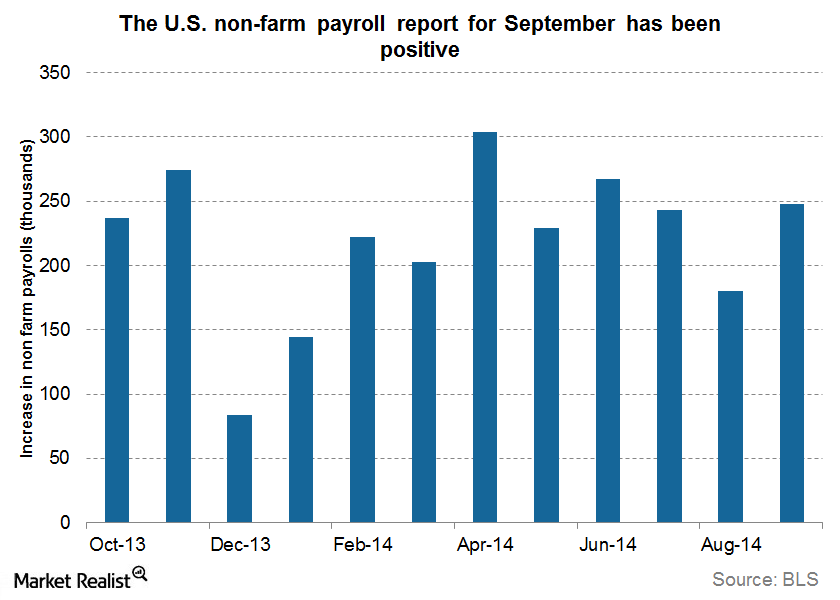 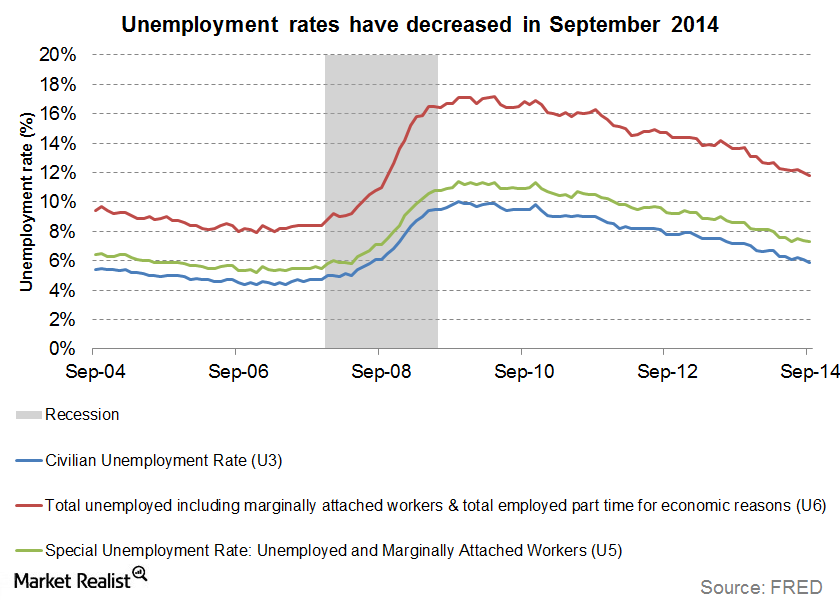 Market Realist – Unemployment rates came down in September as well. The graph above shows the U3, which is the civilian unemployment rate, the U5, which includes marginally attached workers, and the U6, which is the broadest measure including both marginally attached workers and those employed part-time due to economic reasons.

The U3, the most common measure of unemployment, came in at 5.9% for September. This was the first time it ticked below 6% since the U.S. financial (XLF) crisis of 2008 plunged the economy into recession. The U6 too dipped below 12% for the first time since the recession and currently stands at 11.8%.

The improvement in employment and jobs data points to a strengthening labor market. The Federal Reserve intends to wind down its bond buying (IEF) or quantitative easing program in its October Federal Open Markets Committee (or FOMC) meeting. The federal funds rate, currently fixed between 0% and 0.25%, is likely to rise in the next year. The rise in rates is pretty much inevitable and the strong economic data might lead the Fed to hike rates sooner than many expect.

A hike in rates would affect both the U.S. equity (SPY)(IVV) and bond markets. The yields of fixed income instruments like U.S. Treasuries (TLT), corporate bonds (AGG), and high yield bonds (HYG)(JNK) are likely to go up, as rates follow an upward trajectory.

Read on to the next part of this series to learn about two themes for the equity markets that you should keep in mind in the wake of the positive September jobs report.