The U.S. Department of the Treasury held the weekly auction for three-month Treasury (SHV) (BIL) bills (or T-bills) on October 20. There were $24 billion worth of Treasury bills (MINT) auctioned, the same as the previous five auctions. 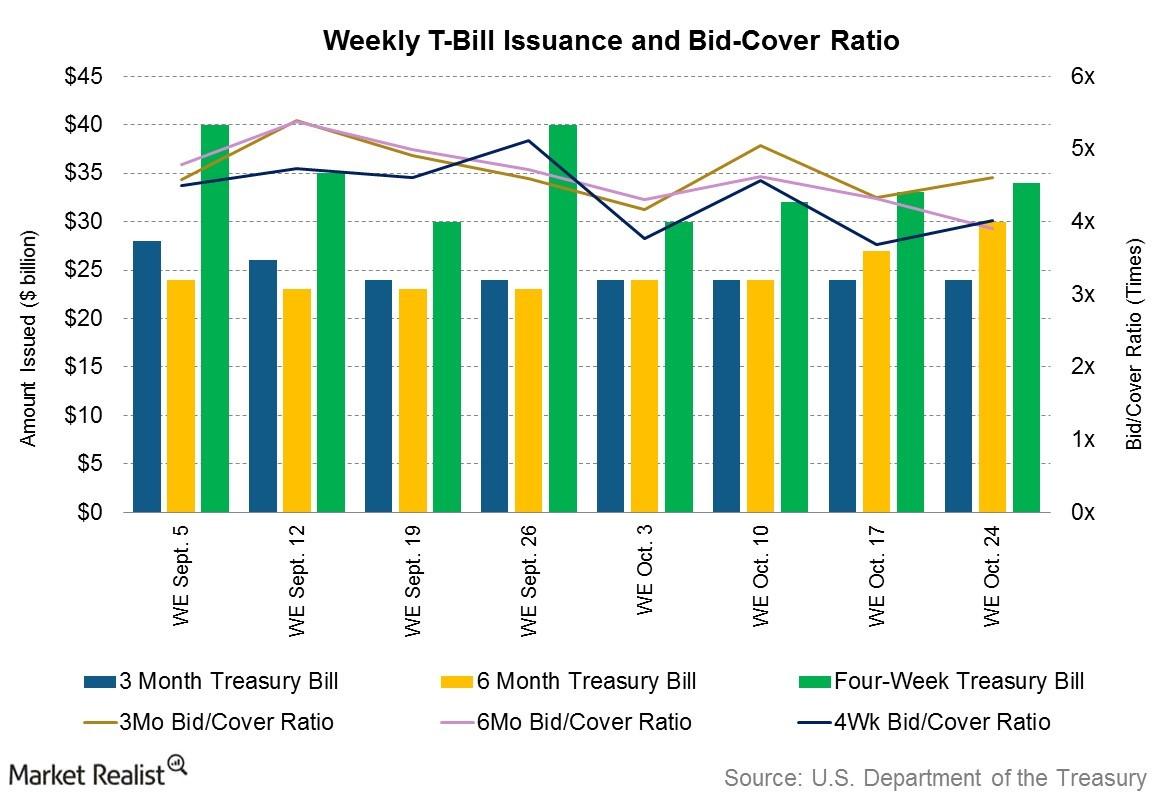 Despite the same supply, the bid-to-cover ratio came in at 4.6x, 6.2% higher than the previous week. This was right in line with the ~4.6x average recorded for all three-month Treasury bill auctions held in 2014. The ratio is an important demand indicator. It’s the total value of bids received divided by the value of securities on offer. A higher ratio implies higher demand, and vice versa.

Market demand was higher last week due to higher demand from indirect bidders. Indirect bids rose to 22.9% of competitive bids, from 19.5% the previous week. Direct bids were lower, though, falling to 3.9% from 5.4% in the auction held on October 14.

As mentioned earlier, unlike longer-dated Treasuries (IEF) (UST), T-bills don’t pay a coupon. They’re issued at a discount to be redeemed at face value at maturity. The high discount rate at the October 20 auction came in at 0.02%, compared to 0.01% at the previous week’s auction.

The next section will discuss the key takeaways from last week’s one-month Treasury bills auction.