The U.S. coal industry is going through a hard time. The met coal market is oversupplied because of a slump in demand. The domestic thermal coal demand could slowly become extinct. The decline is led by the shale gas boom and U.S. Environmental Protection Agency’s (or EPA) “war on coal.”

We’ve covered the shale gas boom and EPA regulations extensively in our coal section. In this series, we’ll discuss the different types of coal. We’ll discuss the economics of the different coal producing regions in the U.S. You’ll learn how it could affect your investment in coal stocks and exchange-traded funds (or ETFs) like the VanEck Vectors Coal ETF (KOL). 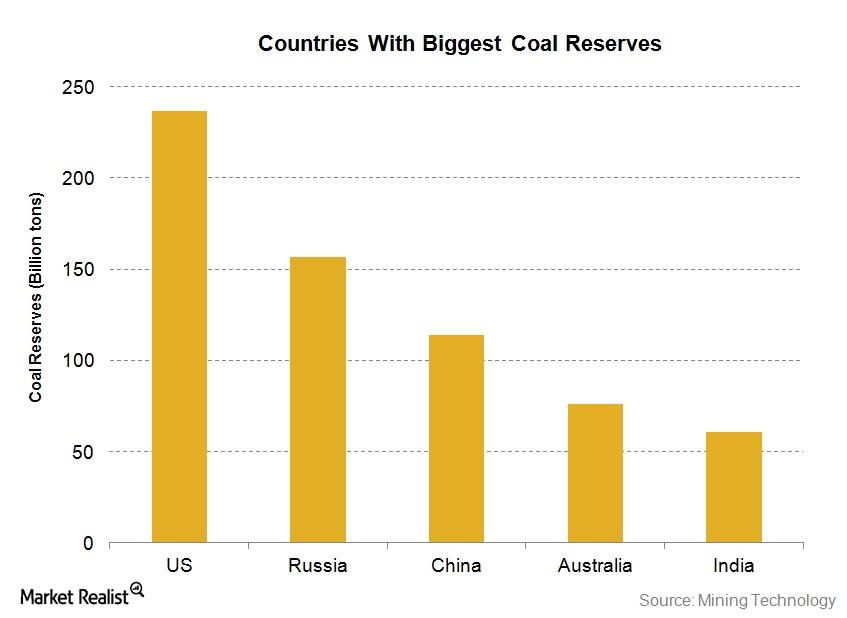 Coal is mined in 25 states across the U.S. Five states—Wyoming, West Virginia, Kentucky, Pennsylvania, and Illinois. It accounts for over 70% of the total production. The North Antelope Rochelle in Wyoming—owned by Peabody Energy, (BTU)—is the largest coal mine in the world. It has estimated reserves of more than 2.3 billion tons. Apart from North Antelope Rochelle, two other mines—Black Thunder (ACI) and Coballo, both located in Wyoming—are on the list of the ten biggest coal mines in the world.

We’ll discuss the characteristics of coal in the next part of the series.