Maverick Capital exited a position in Citrix Systems (CTXS), which accounted for 3.17% of the fund’s first quarter portfolio. 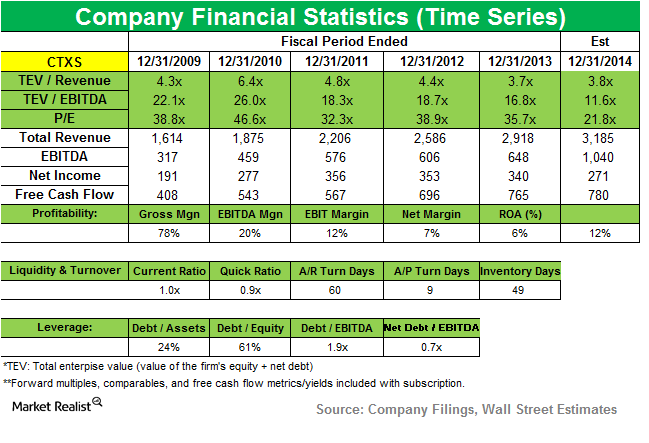 Citrix is one of the leading providers in the virtualization, networking, and cloud infrastructure space. It helps IT and service providers to build, manage, and secure virtual and mobile workspaces that seamlessly deliver apps, desktops, data, and services to virtually anyone, on any device, over any network or cloud. The company’s enterprise and service provider division features two categories of products:

Citrix had an annual revenue in 2013 of $2.9 billion. The company sees high competition for its products from companies like VMware (VMW), F5 Networks (FFIV), and LogMeIn Inc. (LOGM).

Citrix said in June that its President and Chief Executive Officer, Mark B. Templeton, will remain in his current role and will not retire next year as previously announced.

Citrix said product and licenses revenue increased 2% due to higher sales of networking and cloud products, led by NetScaler. This growth was partially offset by lower overall sales of mobile and desktop products, mainly XenApp and XenDesktop, especially in the Americas. Citrix said its mobile and desktop business grew 4% while networking and cloud business saw total revenue increase by 9%.